You are here: Home / Music / Some Barry 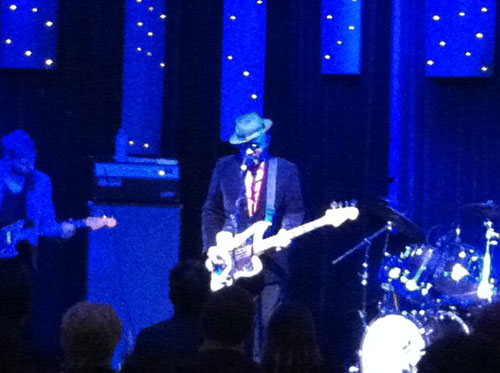 Thursday morning I left the house after a fraught morning trying to get organised and get out of it. I waved my son off to school and realised I’d left my phone behind.

While on the way back to get it, a friend drove past my house and ended up giving me a lift into work. Yay! On the way there I told her that I had a childfree night the next evening and she said if you’re not doing anything we’re going to see Barry Adamson.

Barry Adamson I said? I know who he is, I’ve got one of his cd’s. I’d love to go. So I booked tickets.

He played at the Promethean on Grote Street in Adelaide, a fantastic little venue and I loved that an artist I admire was sneaking into town and that by the vaguest chance, I’d found out and was able to go. How’s that?

After working for most of the week I was pretty tired but found my second wind to absolutely enjoy the show. 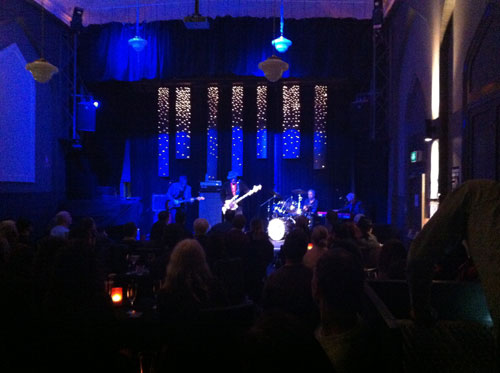 I had a pretty good view even though I was up the back near the mixing desk. He mostly played songs from his new album which I thoroughly enjoyed.

I love that feeling when you’re out and about seeing a band that’s fabulous. I used to do it all the time, go and see live music that is. Back in my 20s I was out at least two nights of the week seeing local acts. That doesn’t happen any more and I couldn’t even tell you the names of many local bands. Turn back 20 years and I’m on it though. Oh well, times and priorities change.

So when I do get out to see something like this it’s all the more enjoyable. It was great to have some good friends there too.

Towards the end I turned around and Tex Perkins was sitting up the back. He was doing his Man in Black show down the road and popped into see Barry Adamson after that. I tried to get a sneaky photo of him but that didn’t work.

After the show finished I bought the new CD and got my photo taken. Is Barry rolling his eyes? Do you enjoy live music?