You are here: Home / Parenting / Keeping your kids artwork 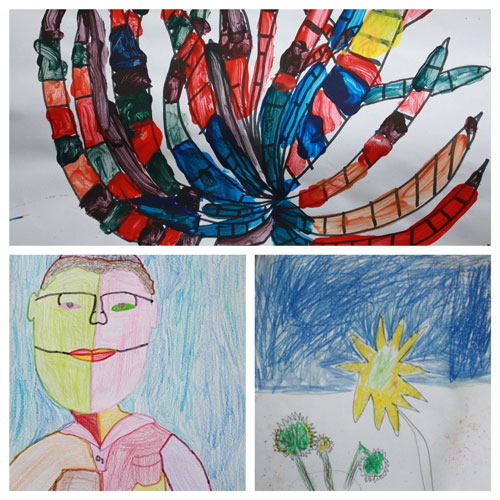 The lad was away on the weekend at a Scout camp and as I had Saturday free I thought I’d tackle tidying up his room while he wasn’t there. It’s very hard to throw out stuff if he knows it’s going as he’ll want to keep it.

I really wanted to go and see a movie but every time I walked past his messy bedroom I cringed and knew I could put it off no longer.

Another incentive I had was that the school were taking items for the upcoming fete and had a drop-off couple of hours on Saturday morning so not only could I sneak stuff into the rubbish bin, I could get rid of the non-throwaway items.

It took me three hours all up but every time I walk past his room now I smile. I was a bit embarrassed at how much dust I vacuumed up but I did actually move some things I don’t normally move. 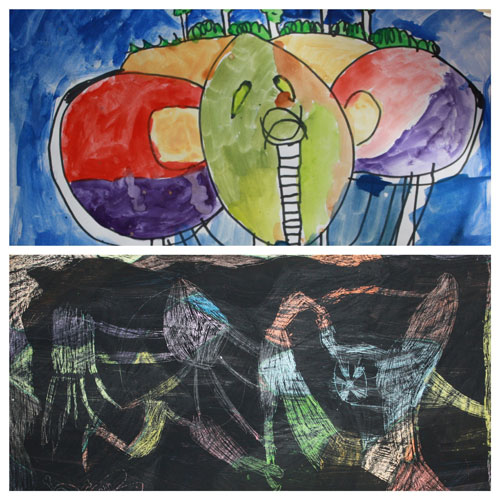 I came across these paintings and drawings he’s done over the last couple of years that he’d put aside to keep but I don’t have that much storage space so I decided to take photos of them instead.

He doesn’t know it yet and probably won’t even ask me about it but here they are for posterity. They’re also on Flickr in their full form for him to look back on one day.

For the record, I do have a folder with some things he’s created that I’ve kept the hard copy of but I can’t possibly do that for everything so I think this is a good compromise.

What do you do with your child’s creations?

« Putting it out there for a Thermomix
Some Barry »