You are here: Home / Parenting / I believe 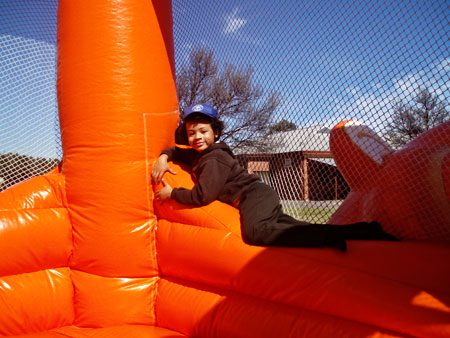 Recently JJ and I watched Kung Fu Panda together. The main premise of the movie is that a Panda is destined to become the dragon warrior but initially neither he nor his master believes it will ever happen. During the course of the movie they both start believing it, and in the end it does happen.

While he got back to watching the movie I got to thinking about what do I believe in and I had an epiphany. I finally realised that I believe I am a good parent and that I will raise JJ to be a functioning and happy human being. We certainly have hiccups along the way and there’s things I know I could do better but it’s all a learning experience for me. And don’t you worry, he tells me when he’s not happy with something I’ve done. Sometimes he’s quite right because I’m getting uptight about something that’s not worth getting uptight about. Other times he’s not so right and I’m doing a necessary parental discipline thing.

I also believe that I believe in my son and I believe that he will be able to do whatever he wants in life. I so want to be able to get this message across to him. I have a couple of friends who are quite confident and are both doing well in their lives. They come across as happy, and good things happen to them. The common factor with them is that their parents bestowed this ‘you can do whatever you put your mind to’ upon them and believed in them and were there for them.

But back to the believing in my parenting. I’d never thought about it like this before. I seem to get stuck on the fact that parenting is a damn hard slog and I hope we come out all right at the other end while focusing more on the negative aspects rather than the positive. Now I believe that I am doing a good job and I am seeing the results of that, especially in the last few months.

Is it just a mind over matter thing and a matter of determination that believing I am a good parent will make it so? Perhaps it’s not as easy as this.

There are some things to remember, and do, to build self-confidence in my child along the way as pointed out in this article. There will be more hiccups along the way no doubt. School starts back next week and I’ll need to be very attentive during the beginning of term as that’s when JJ gets anxious because it will be all new again but I’m confident this year at school for him will be a lot better than it’s been so far.

The image at the top was taken at vacation care mid last year.