You are here: Home / Parenting / Sometimes you just gotta stick with it 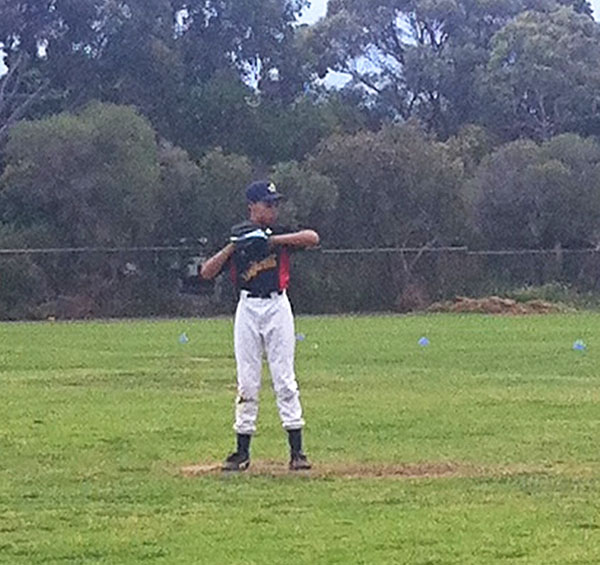 Last year my son played baseball. He went from really loving the tryout sessions to not really loving the actual training and games. It wasn’t because of the sport itself, but more the dynamics of the team members. He was the new and inexperienced kid who didn’t know anyone. A lot of the others went to school together and JJ didn’t so was immediately the outcast.

He was also out of his depth playing for a more experienced division – actually so was his whole team so they didn’t win a game all year.

He also got put off because he was afraid the ball would hit him. It had a couple of times which made him hesitant to properly participate and his batting went from pretty good for the first few games to almost non-existent after that.

Don’t ask me how but I managed to convince him to play again this year. He’s gone off cricket because of the length of the game and I’ve always said I’d like him to play a sport. However, I’m not really pushy about it, just suggest strongly.

And this year is completely different so far. He now plays for a minors team and is one of the more experienced members of the team as a lot of t-ball kids have moved up. There are a couple of kids from his team last year but they’ve bonded really well.

The first game he played a couple of weeks ago he got the ‘play of the day’ award for hitting a home run. He also managed another good hit and got a few people home, then eventually himself, and when fielding caught a couple of people out on first base.

It’s really boosted his confidence and he’s staying behind after practise and games t0 do some pitching practise. He’d pitched his first ever innings in the preceding game and did pretty well considering he’s not practised that much. He pitched an innings at his last game and the first 10-20 pitches weren’t that great but he improved and a spectator from the other team commented that he was doing well. I did the mum puff up with pride thing.

I love the turnaround in him and it makes the two nights a week training and the three hours out of my Sundays very worth while.

As a parent who needs to do this running around I used to resent the time it took out of my day and the things I could be doing but I’ve turned that around as well. So much so, that I’m going to start learning how to score. That looks a bit complicated but if enough of us share it, it shouldn’t be too onerous.

The advantages for me are that I get to meet new people. Now that we’ve got a dog again, I get to take the dog out so he can socialise and exercise.

« Are you responsive?
Gossip »