You are here: Home / Photography / Editing photos on the iPhone with Snapseed

Below I’ll show three photos I took using the iPhone in camera app, and what I did with them using Snapseed. The options I wrote down aren’t anywhere near exact, or step-by-step because I can’t remember exactly what I did.

Using the app is very intuitive and there’s loads of different things you can do that seem to go beyond with other apps like Camera+ and Instagram do. For example within the filters it has there are a huge amount of options and you can spend ages playing around fine tuning your photo and this is why there’s no step-by-step because it’s a matter of trial and error. While editing these photos a second time which you’ll see below, I still kept finding options I didn’t know were there.

It’s a bit more pricey than other photo apps I’ve bought but I managed to snaffle it for free and I knew it was for free by adding to my wishlist on AppShopper.

Below is the out of camera shot of a thirteen year old’s birthday cake. 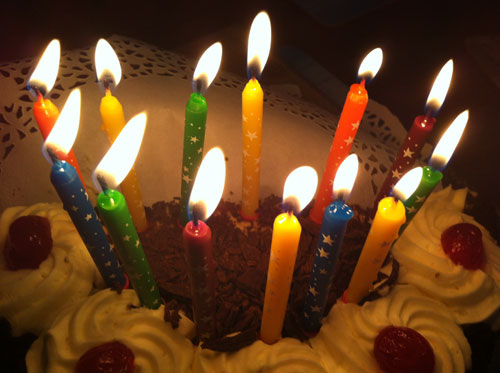 Below is the altered shot. I mainly changed the brightness, contrast and saturation, and added a border. These are all things I could have done in Photoshop, but I find I do a lot of my editing of photos while going to and from work on the bus now. Below is an experiment using the grunge filter. 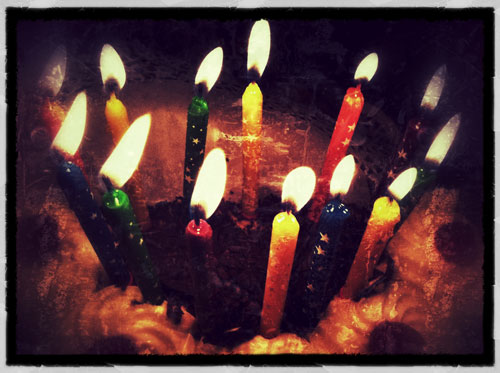 Below was a shot of the last leaves of autumn when I was out for my early morning walk/run and it had been raining. 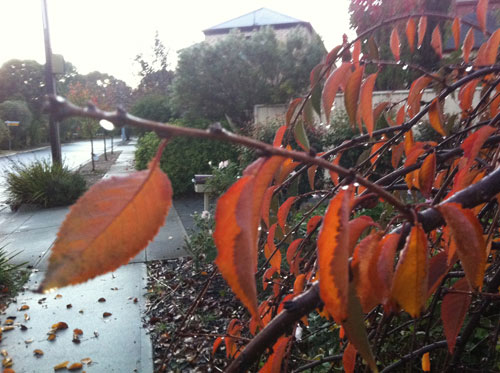 Below is the edited photo which I cropped so the focus was the actual leaves. I changed the colour a bit too – they’re a bit more earthy. Re-edited in Snapseed using the vintage and grunge filters (more vintage than grunge I think). 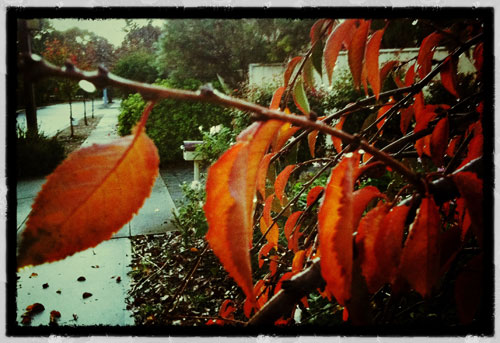 It was a bit of a dreary day when I took the photo below and I wanted to give it some pizazz. 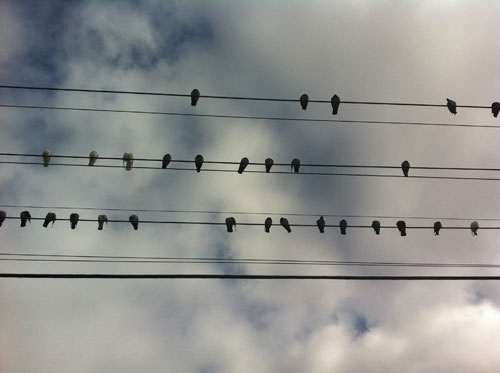 This is the after Snapseed edit of the above photo. I’ve played with the saturation to make the sky a bit more interesting. Re-edited using Center focus and Grunge filters – quite a different feel to the photo. 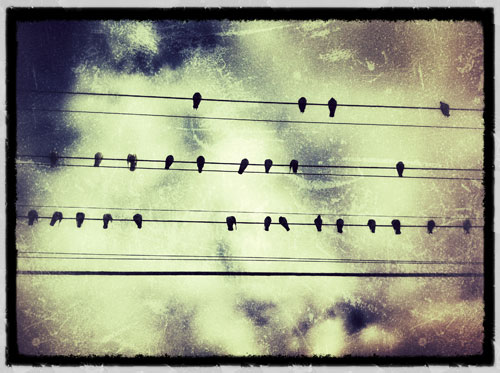 I find now that I have this app, I’m using the camera app more and editing them using Snapseed rather than shooting in Hipstamatic nearly all the time which I’ve been in the habit of doing.

« Hugged times five
Geez woman, what do you do all day? »