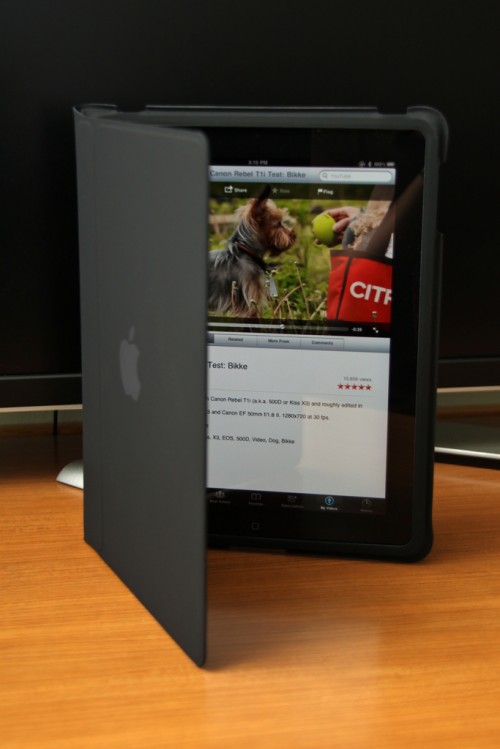 I started my new job nearly four weeks ago and one of the perks was that I get to play with the office iPad. Like a kid with a new toy I took it home at the end of last week after a short tutorial from my colleague.

The experience left me a bit disillusioned though. Let me explain.

I could logout of my colleague’s Facebook and Twitterific accounts and login as myself. Facebook played nicely but Twitterific still had my colleague’s tweets on there until mine started taking over. I did find a way to clear the cache – not that any of mine, or hers, are sensitive and we follow each other anyway.

But when it came time to update the applications I couldn’t because it wouldn’t let me logout of her iTunes account and login as myself.

iPad, as I discovered the hard way, is not multi-user.

After that I couldn’t be bothered adding any other apps because I didn’t want to spend half my Sunday night finding out how to log out of them.

I’m still to get my iPhone – long story – but I imagine they’re quite similar which I don’t see as a problem. But an iPhone is less likely to be shared. Sure, your kids might play some games on it but it’s fairly unlikely they’ll be using the same applications like Facebook, email, and so on, as you are.

iPad, on the other hand, I think is more likely to be shared. Come on Apple, multi-user would be nice.