Six years ago I started blogging. I admit it’s dropped off a bit recently but if you read my last post you might get a glimpse as to why. I know what I’d rather be doing!

If you read my last post and have any questions about what I’ve been up to in the last couple of months then feel free to ask.

We also have mum and dad’s dog, Connie staying with us. She’s very cute. 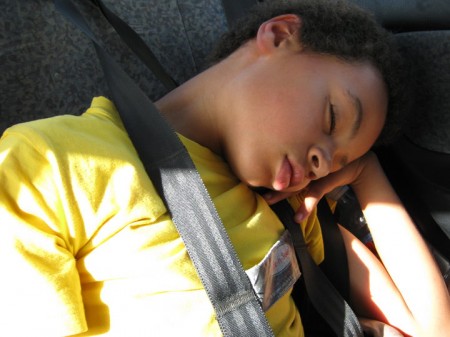 About four weeks ago I decided to bite the bullet and get my first crown (teeth). I’d been putting it off because it’s an expensive exercise and I don’t fancy having anaesthetic in my mouth. I have got some medical cover which covers dental work but I only get a quarter of it back which is the fodder for another post altogether.

I left work early on the Thursday before Easter and walked to the dentist about half an hour away from work. As I was nearly there it was a bit early and I noticed a man walking ahead of me. I thought he looked suspiciously like my dentist and I didn’t want to fell obliged to talk to him so I ducked into the Botanic Gardens to avoid him and to kill the 15 minutes I had before my appointment.

I found an area of the gardens near the Wine Centre that I hadn’t visited before and saw a lot of Sturt Desert Peas. Now that I carry my little camera with me it was just a simple matter of taking it out my bag and trying the super macro setting. I like it. I didn’t just focus on these beautiful flowers. There were other interesting things as well. I just took this one without looking through the viewfinder and I like how it turned out. After spending about 15 minutes looking around and taking some photos I walked to the dentist nice and relaxed.

In other news, remember how I took some photos at a three year old’s birthday party a couple of weeks ago? Well I’ve been invited to his twin sisters’ one year old birthday party to take photos and I’m being paid for it this time. I didn’t quite know what to charge but I’m happy with what I’ve quoted and they’ve accepted.