You are here: Home / Parenting / A celebration of my son – part 1

Last year some time I received a bunch of photos on CD of JJ at after school care. While cleaning up recently I came across it and thought I’d share. He has some gorgeous facial expressions.

Last night he was feeling particularly down and saying that everyone except me hates him. At least he knows I don’t hate him as he’s thought and said that in the past although deep down I’m sure he knows it’s not the case.

One thing I did today which I’ve been putting off for far far too long is take a DVD of photos along to the photo shop to get printed. I had this CD and the DVD I made, a total of nearly 2,500 photos. I was there for quite some time going through photos and deciding, or not, whether to get them printed.

The plan is for JJ to make a scrapbook celebrating his life, his achievements, his friends, etc etc. The idea is so that he can look at it when he’s feeling particularly down and hopefully bring himself back up again.

Looking through 2,500 photos in a short space of time made me smile. I think my lad’s very cute now but he was super cute when younger too because of his toddler chubby cheeks.

Anyway, back to the photos from after school care.

He made this mask himself and it’s probably still kicking around somewhere. I’ve made a date with him for next Friday to really tidy up his room. It’s something I’ve been putting off for far too long. 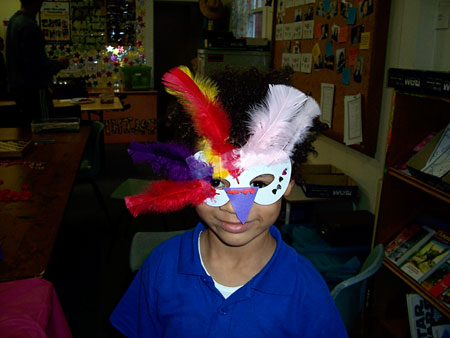 Wearing a necklace he made. I think this might be the one he ended up giving to me. I must wear it more often. 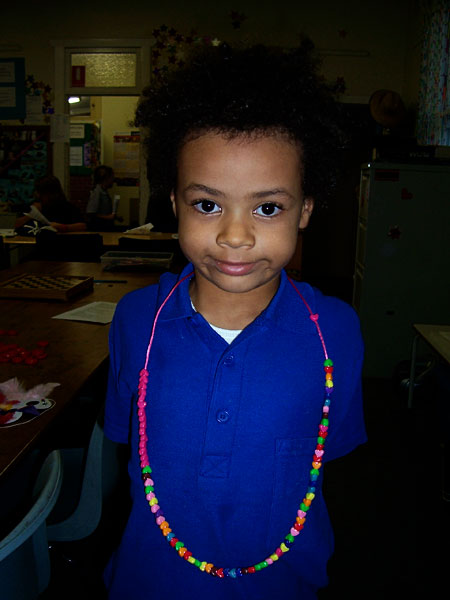 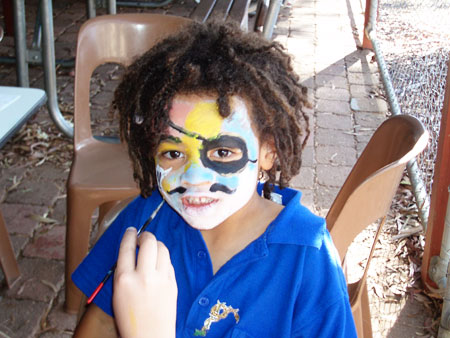 After school care has a quiet room. It’s mostly pretty quiet and sometimes I find JJ in there, usually playing a quiet game with other kids or hiding under bean bags. I don’t think I’ve ever found him in there reading a book but obviously he does sometimes. 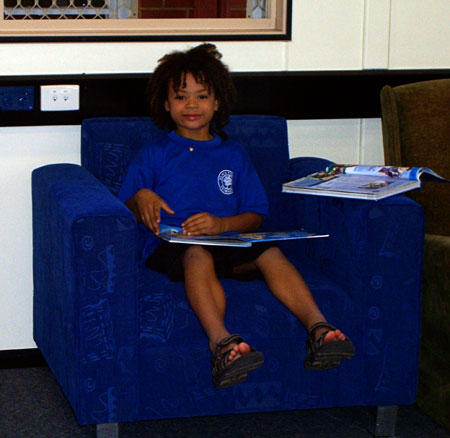 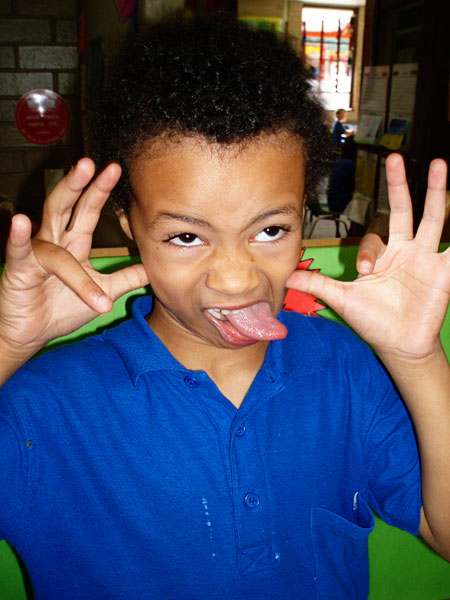 As there are a few more photos I thought I’d spread them out over two posts. Stay tuned.

« The tooth fairy
Odds and sods »