I’m subscribed to a weblog that posts interesting articles about the type of area I work in. I also use Firefox as my (mostly) browser of choice. When I clicked through to the actual blog from my feed reader, the template wasn’t working properly so I couldn’t actually read the text. It did, however, work in Internet Explorer when I checked it there.

Being the courteous blogger I am I thought I’d email the author to let them know. I hunted around for an email address but couldn’t find one. There was an About page, but no contact information.

So this blogger still doesn’t know that there is a problem with their template and I have no way of letting them know. I did consider adding a link here, but decided against that because I’d rather tell them privately via email.

I even checked the original WordPress theme and that plays nicely in Firefox, so I guess something the blogger has done has broken the theme.

My two main messages to you are: test your blog different browsers if you can, and leave some sort of contact information, or at least make it easy for people to comment.

I’ve reinstated my blogroll. It’s expanded a lot from the ‘Blogs I read’ links that I used to have in the sidebar. Because I didn’t want to clutter up my sidebar with all of these this time they have their own page.

As I type this I am already thinking of blogs I’ve missed. As I say on my new page, if I’m a regular at your blog and you’re not on the list, please email me, or leave a comment and let me know I’ve been remisss. I won’t mind – honest.

A question – because I’ve done my blogroll on a Typepad page, does this mean that Technorati won’t love me and the people I’ve linked to? I did sneak a Technorati tag there though. I can’t find any information about link love from Typepad pages at all.

While I’m on the blogging bandwagon, I’ve been stumbling around StumbleUpon. It’s not quite as intuitive as I might have hoped but I’ll see how I go over there. I have three friends and don’t mind more so we can all stumble and trip around each other. If you stumble across me, please feel free to add me. I think that’s how it works.

I also just found out today that StumbleUpon have groups. I’ve joined the Australia group. I had to use the search function to find groups as there were no links on my page to show me that groups might exist.

As with Facebook I don’t know how much I will get into this because there’s only so much online social networking I can do. I already spend enough time in Google Reader checking out blogs I’m subscribed to, let alone writing StumbleUpon reviews etc. If anyone has any insight on how to manage all of this I’m all ears.

The latest Carnival of Australia is up at Dipping into the Blogpond.

Unfortunately I’m failing badly at finding the time to go and read this and the Women Blogging carnival lately because by the time I get home I just don’t want to spend yet more time at the computer. It’s all I can do to keep up with my subscribed feeds.

But, please, get over and have a read yourself as there are all sorts of posts on all sorts of topics. It looks really interesting.

Also, I’m the hostess of the Carnival of Australia next fortnight and I’ve already received some submissions. Please keep them coming.

If I ever ask JJ how his day at school was he is not forthcoming with details but if I wait for him to initiate the conversation and then, more importantly, listen to him, he will tell me stuff.

So yesterday he’s in the classroom and everyone was being really loud. His teacher runs a tight ship and I’ve been there when it starts getting a bit noisy and she tells them to be quiet and they do, so I thought a really loud classroom was a bit unusual. I managed to find out later that it was some sort of activity that made them this noisy.

Anyway, the noise was too much for JJ so he started crying. When asked what was wrong he said that it was too noisy for him so the teacher gave him permission to go outside until the noisy activity finished.

Now I nearly choked when he told me this because my sometimes nickname for him is Foghorn due to his loudness. Therefore it was my natural assumption that he would revel in a noisy activity where he had permission to be as loud as possible. But no. He needed quiet.

Even when one of the kids came out to get him he decided that it was still a bit too noisy so waited until it was quieter.

Talk about a boy of paradoxes. He’s the usual noisy one and he’s the one who will turn up the volume on the stereo, but then sometimes he tells me I’ve got the music too loud.

With a bit of trepidation I watched Kath and Kim last Sunday night. The trepidation was because of the move from the ABC to Channel 7. I needn’t have worried. Apart from the unwelcome ads it was its usual brilliant show.

I love the language, and I don’t mean bad language. I mean clever use of wordplay. For example last night Kel won the Best retailer of the year award. He said:

‘This goes to you Kath Day Knight. You are the wings beneath my wind.’

Another few Kath and Kim’isms include ‘My clowning glory’, ‘it’s got pneumonia in it’, and of course ‘foxymorons’ – which very accurately describes Kath and Kim.

Kath is permanently decked out in very bad 80s gear and Kim always tries to be up to the minute with fashions not suited to her at all but both think they look absolutely gorgeous – hence the term foxymorons.

I’ve loved Kath (Jane Turner) and Kim (Gina Riley) since their early days on in Fast Forward and Big Girl’s Blouse so when the show Kath and Kim first aired on the ABC I was an instant convert. The supporting characters Sharon, Kel and Brett all do a great job and none of them mind making absolute fools of themselves on the show.

I don’t know if it’s showing internationally at all, but if it does I recommend it.

If you watch it, what do you love about it? 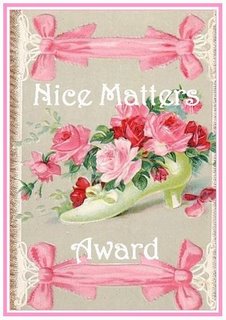 It doesn’t rain, it pours ey? Actually I wish it would rain here, we really really need some more. Now I just want to clarify, we don’t need floods, but if it steadily rained all night every night for a while then that would be good.

But back to being thoughtful and nice. Thanks to Jeanie and Jordan for these awards respectively. It means a lot.

I have to upgrade my phone. Emphasis is on the ‘have’ because Telstra are closing the CDMA mobile network and replacing it with a whizz-bang faster, more bells and whistles 3G type network.

I have a very plain and hardly any bells and whistles type mobile phone. It does exactly what I want it to do, that is make and receive calls and texts. It doesn’t rule my life but it is definitely convenient to have and I’m annoyed that I HAVE to upgrade it. 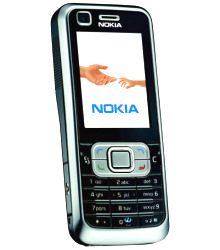 So of course I’ve been investigating what phone I might upgrade to. If I stay with Telstra I’ve got a paltry choice of NextG phones if I want the same sort of coverage that CDMA provides. Of course any decent phone is expensive because of all the extra functionality they seem to have these days. Or I could choose another provider – 3G perhaps?

I don’t know. Questions that are floating around in my head:

I also don’t want to be locked into a 24 month contract to get a ‘free’ phone so I’m looking for a at least a few hundred dollars initial outlay.

Do any of you Aussies out there have any recommendations for me? Do any of you have a NextG phone? Are you with a different provider?

If I do go with NextG I’m thinking of getting the Nokia 6120 phone. Anyone have one of those?