You are here: Home / Parenting / We survived his first week of high school 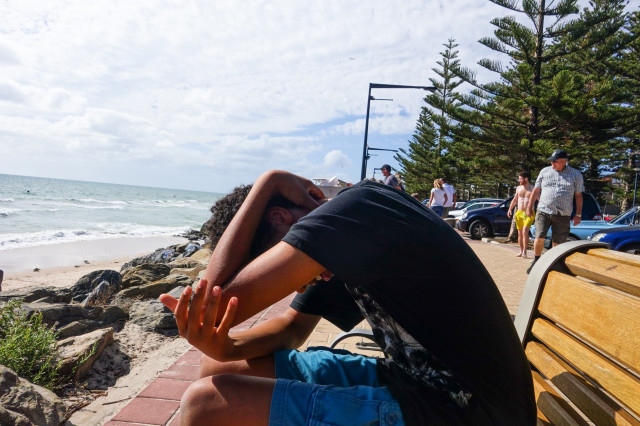 You can help by running around after him and doing everything for him on his first morning while he sits on the couch barking orders and saying that it’s his first day of high school. It doesn’t matter that he woke you up at 6am when he got up to get ready. At least you didn’t have to nag him to get up and get ready this time and you hope this enthusiasm will last.

When you come home from work he’ll be relaxing in front of the xbox playing a game. He might reluctantly tell you a bit about his first day of school with a glimmer of excitement when he tells you that his home group is ace. He piles a heap of forms in front of you to sign and strolls back to play xbox even though you’ve told him that he has to ask to play it during a school week. Never mind – it’s his first day of school so you let it slide.

You fill out the forms and when he makes an appearance to ask how you filled in one of them, he doesn’t like the answer you give. You sit there and get yelled at when he tells you that you did the wrong thing. After all, it’s his first day of high school.

You ask him reasonably to do his jobs like feed the dog, take out the recycling and have a shower and he yells at you for not supporting and understanding him. Apparently you’d neglected to say to him that morning that you hoped he had a good day. Your mouth drops open in surprise. After all, he wouldn’t be at this particular high school without your continued support but there is no reasoning with him – he’s an adolescent, and it’s his first day of high school.

For the first three days you wonder where this devil child came from. He’s often been stubborn before but this is a whole new thing that shakes you a bit. Is this what the next five years are going to be like you wonder?

You go to work each day while you wonder how he’s going at school. He’s supposed to call after he gets home from school but doesn’t always remember. He might send a vague text that makes no sense so you call to make sure he’s okay.

After three days of this you realise that this is his way of dealing with stress and that he’s really been doing a pretty good job. He’s been getting up every morning and getting ready without you having to remind him. You try and think of how he’s feeling and realise that perhaps you could have been a bit more understanding.

You stop off at a book shop on the way home and buy a book that he’s indicated he’d like to read. You get home and commend him on how well he’s done at his first week of high school and apologise for not being more understanding. He apologises for his behaviour too.

This shifts the mood in the house and the devil child becomes angelic and lovely.

You know you need to make the absolute most of this while it lasts.