If you missed part 1 of what my life in Canberra could have been like in the 1970s then go and see it. It saw me moving to Canberra to work in a great job with the Australian government in a secretarial capacity.

Canberra in the 1970s wasn’t a very big place because I could live pretty close to where I work and go home for lunch. And the buses were seldom crowded so if I didn’t want to walk at least I know I’d get a seat on the bus. 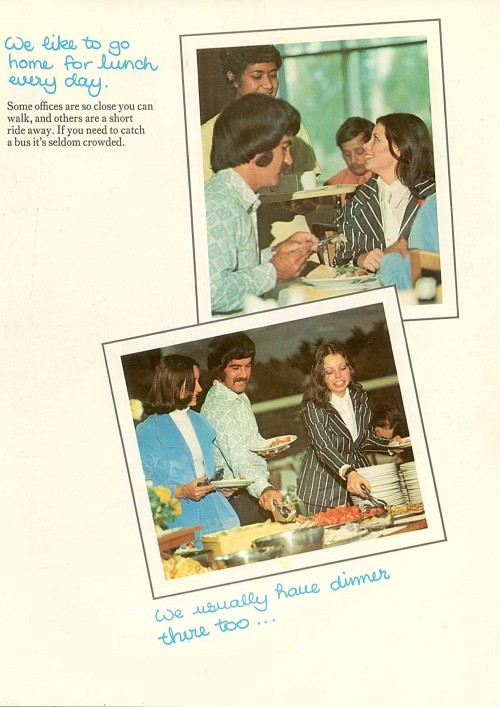 If I didn’t want to stay at home then naturally there’s plenty of opportunity to go out and eat, visit a social club or go and see a movie. Or if I did want to stay home there were two television channels to choose from so I could get my weekly fix of ‘Number 96‘, ‘The Box‘, or ‘Homicide‘.

And of course I could go shopping in the -wait for it – air conditioned shops. Air conditioning was big in the 1970s. 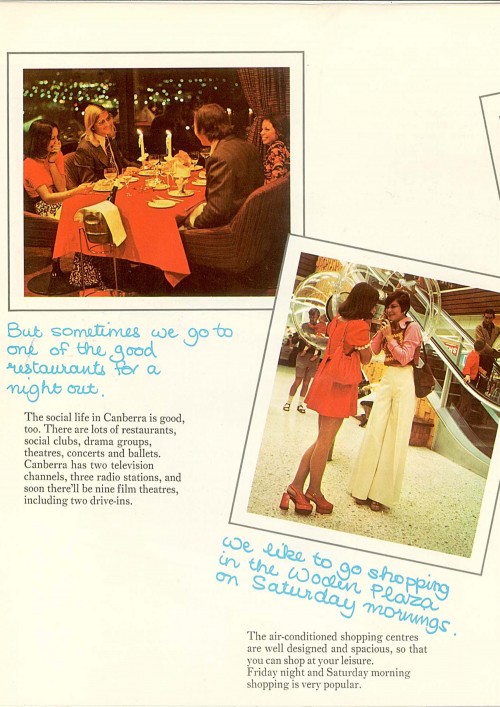 Now let’s talk about 1970s fashions. Canberra in the 1970s had all the latest fashions available in its shops like Melbourne and Sydney did. The latest platforms, the latest flares and lots and lots of polyester and rayon. Creases in the front of your trousers that never needed ironing.

Because I worked for the public service the government paid for me to go home after a year’s service. It was also possible for me to work overseas. There were so many opportunities. 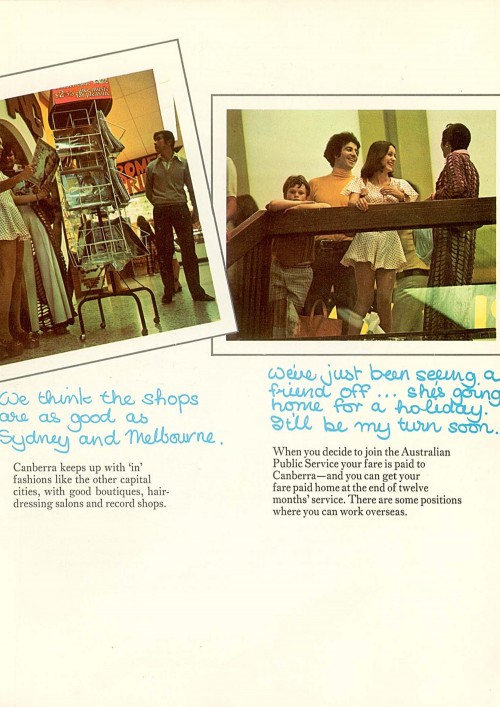 The beauty of living in Canberra in the 1970s meant I could go to ski resorts on the weekends because they were so close. Pity I didn’t know how to ski and my efforts to learn ended up with a broken leg, but at least I tried.

I had better luck at the beaches on my surfboard. 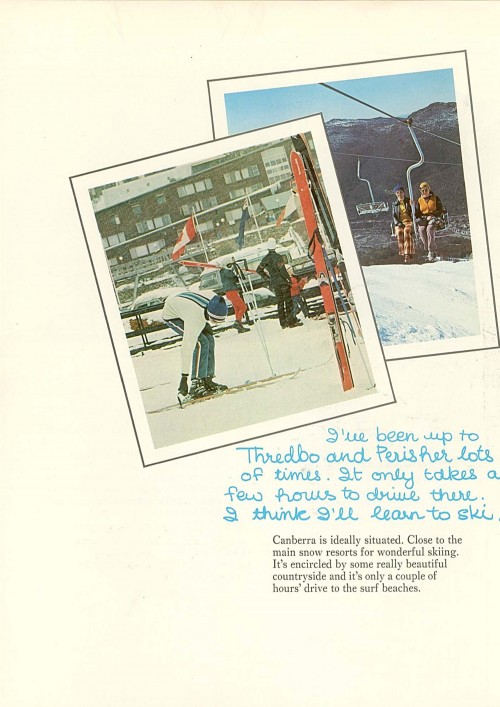 In the next and final part you’ll get to see how I spent my time in Canberra outside of work. It was an exciting place. I love this photo. My son always nags me for playdates and this is him when he had a friend over. I took them to a local oval and just after this they joined a cricket game with three other local boys.

This is my contribution to the – always nearly – Wordless Wednesday.

I participated last week and forgot to add the link to the appropriate place. What was your first main job after you finished school? Did you go to university and then get a full-time job or did you, like me, go straight into the workforce?

Had I known, I could have gone to Canberra to work as a typist, a stenographer or a secretary. Instead, I chose to come to Adelaide from country South Australia and work here and have stayed (mostly) ever since.

Here’s what my life might have been like had I gone to Canberra to work in the 1970s.  Mind you, I had just started school in the 70s so was a tad too young. 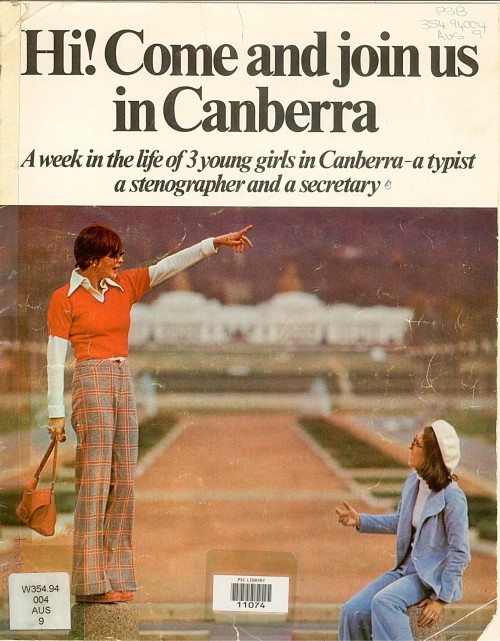 I got work with the Australian government and the work was a lot more interesting than I thought it would be. And the work was really important but only important enough, mind you, to be in a support role. No executive position for me because I was a woman. But hey, every job was different so it was exciting and it was my first time away from home and away from the family. 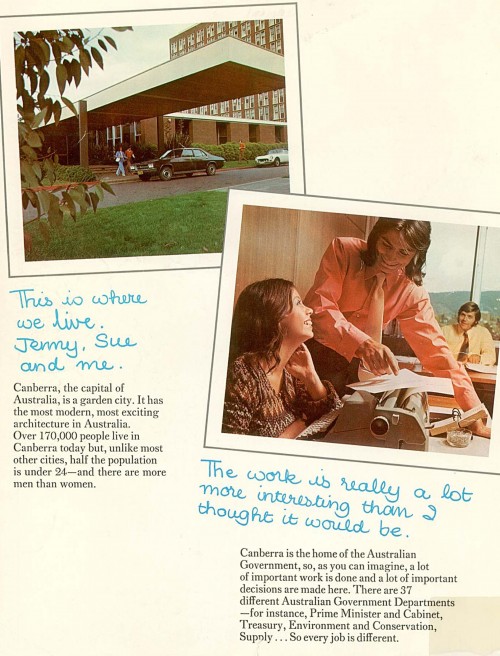 Hey, and guess what? Because I could type at 50wpm or more I got a bonus. And I got even more money because my shorthand was excellent. Also because I had to move to Canberra to work, the government helped me out with accommodation costs. Otherwise I would have had to stay in Adelaide I guess.

Of course, there was a chance of a cute bloke to work with. But if not, the offices were air conditioned so that was a bonus and the superannuation scheme was good. 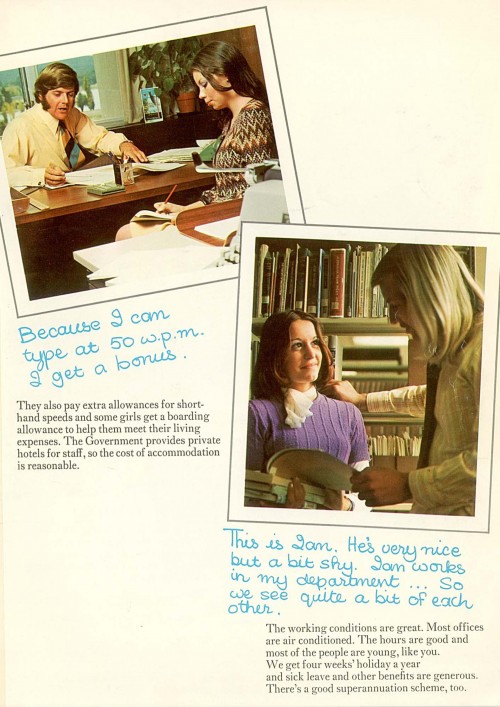 Canberra is a bit cold in winter so luckily my accommodation had central heating.

Having my mates live in the same accommodation was great because we were always popping into each other’s rooms to borrow clothes and have a gossip about our excellent work conditions and the great air conditioning. 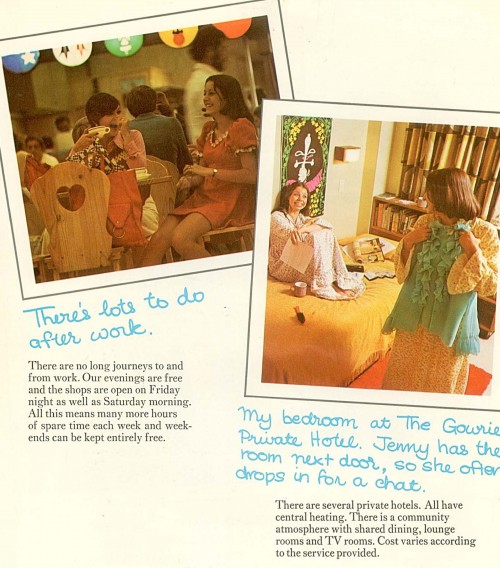 I know you want more and there is more. Stay tuned to see how it turns out. Taking part in Wordless Wednesday. I have posts in my head – just gotta get em on here.

I took this while at Carrickalinga last week. Was good to get away even though we had a bit of a holiday house nightmare. On 1 January this year I started my photo a day project up again. I’d thought I might do some sort of theme but I haven’t come up with one so it’s still a photo a day of something.

Even though it was only just over a month since I finished my last one it feels like a lot longer and I’m still getting back into the swing of remembering to take a photo a day.

I find I’m still sticking mainly to the Hipstamatic app on the iPhone but want to try some other apps along the way.

Other than that my days have been pretty busy with stuff (ambiguous I know). I’ve still to re-find my writing mojo. It annoys me that I’ve lost this particular purpose. I know they say just to write and I’m tossing up whether to go back to the model I started a few months ago, ie posting up my photo each day and saying a few words or more about each one.