You are here: Home / Photography / Why RAW is good sometimes

I bought a new camera a few months ago and it’s the first camera I’ve had that shoots in RAW format. I usually use the JPG files but occasionally I need to modify the RAW file – usually because of over exposed photos.

Because my photography is a hobby and I don’t do that much with the photos except for putting them on the web and occasionally printing them out I don’t keep all the RAW photos I take. The reason for this is that they take up a heck of a lot of disk space and I’m not equipped for that so JPGs suit me just fine.

Even when I do edit the RAW photo I keep the resulting JPG file, not the RAW file.

I wanted to share a couple of examples of how I salvaged a couple of photos from the RAW file.

The first photo here is the original and the one underneath is the result after editing it. I flipped it and I also tidied up that brown smudge on my wrist using some Photoshop wizadry. Goodness knows where the smudge came from – I’m sure it was JJ’s fault. 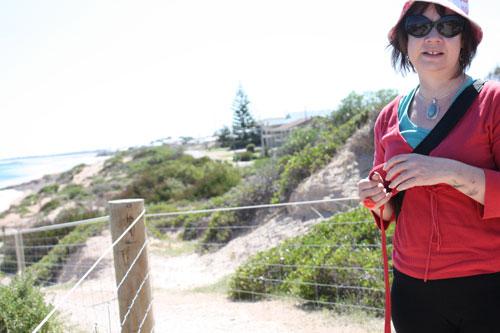 I wanted to keep the photo below of JJ and took it while praying he wouldn’t come off because sliding on the gravel would have been quite painful. 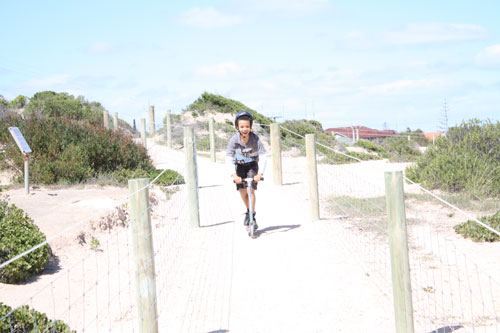 I probably over compensated a bit with the colours and saturation here but it certainly works a lot better than the washed out version above.

The only software I have to edit RAW files is what comes with Photoshop CS3 but that seems to do me okay. Lightroom would be the ideal I understand but I can’t justify it at present.

This video from Blurbomat shows how to adjust RAW photos using Lightroom.

What do you shoot in?