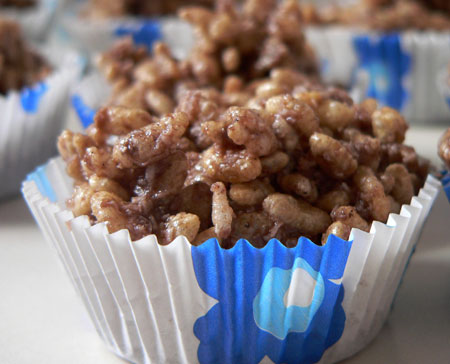 I run Google Adsense on my other blog – that safarisuit.com one to try and cover the cost of hosting. There’s been some changes with Adsense lately, one of them being that I have to tie that account to a Google account. Fair enough I thought, I’ve got a Google account, I’ll match them up. Except I can’t.

The message I received when trying to combine was not very helpful, ie “A user with the email you specified already exists
Please select a different Google Account login to access this account.”

After a bit of digging I found out that my existing Google account had been banned from running Adsense. I vaguely remember running Adsense on this blog briefly and I took it off. I’m a good girl though and never clicked on my own ads – a no-no in Google’s eyes. This is part of the email they sent me with the news:

Thank you for providing us with additional information. However, after thoroughly reviewing your account data and taking your feedback into consideration, we have re-confirmed that your account poses a significant risk to our advertisers. For this reason, we are unable to reinstate your account. Thank you for your understanding.

Actually I do not understand. What’s a significant risk? I run a personal blog. How’s this a risk? Surely some more information would not go astray, but Google wiggle out of this by saying they cannot let publishers know any information because of their proprietary system.

I’m not alone on this. The exact same thing happened to Ronni Bennett of Time Goes By recently and I’m sure we’re not alone.

Methinks it’s time to look around for advertisers who do not have such ambiguous emails and actually want to help their customers.

I think I’ve said on this blog before that Facebook is a virus and I only really use it to play Scrabulous. Today I logged into Facebook to clear some of my requests and thought I’d do the ‘their, there, they’re’ test but it won’t let me unlock the results until I spam all my friends with it too. Sod that. I know I got 100%.

And it seems that any application I may choose to install wants me to spam all my friends also. I can’t add a Lil Green Patch request without first sending more off to my friends. I’ll do that in my own time thanks, or not because I don’t like being TOLD what to do.

And those Funwall messages aren’t just for me, they’re for everyone they were sent to. Surely there’s an application that’s user friendly that doesn’t expect me to spam all my friends? Even my Flickr Gallery was giving me grief and not letting me update.

Come on you Facebook application writers – do something not so spammy. Think of the users! If it’s good it will spread anyway.

After three days of feeling like death warmed up I’m lying in bed trying to sleep and can’t, so I get up to get the red kidney beans soaking so we can have nachos for dinner tonight. This will be the one night that JJ doesn’t wake me up with his coughing, or he will as soon as I can finally get to sleep.

Anyway, it’s just after midnight, the beans are soaking, I’ll go and read yet a bit more of The Bonesetter’s Daughter before I try for the third time to get some sleep. How I wish I’d had the energy to put clean sheets on my bed today as I’m sure that would have made a huge difference, but it took me two days to put clean sheets on JJ’s bed – he’s had to make do.

When I finally do get to sleep tonight I hope my dreams aren’t as vivid and totally weird as they have been the last two nights.

I haven’t looked at any computer for nearly four days now because I’ve been in bed ill. It started with a headache which I still sort of have and there’s been vomiting. There’s also been hardly any eating. I’m having some breakfast now. I haven’t felt so shite for a long time. Luckily a good friend had JJ for a couple of days and a night but he was back in time for Easter bunny to have been last night and noted that it was really easy to find all the eggs!
Hopefully I’ll be able to do a bit more today, like eat and do some tidying up around this messy house. So much for my gardening plans over Easter!

The likes of Big Brother and the various Idols have been around for a few years now and every year as I sit down to watch them I remember what I didn’t like about them. Usually they follow the same old format even while promising something you’ve never seen before. Big Brother Australia has got two new hosts this year from radio which I don’t think will help revive it at all and they keep putting the same types of people into the house which does not add any interest whatsoever.

Australian Idol’s losing its popularity and there’s only so many singers available in Australia to make it any good so they’re expanding their search for Australians in Los Angeles and London, which I wrote about over on the Aussie Bloggers blog.

No doubt I’ll watch some of these shows, but not fanatically. I reserve my fanaticism for The Amazing Race.