This is one of those roses that smell really divine. Pity smell can’t be associated with photos so you’ll just have to imagine it.

It’s my Friday off today and I’m going to the doctor. I had a really intense day at work yesterday and left work with a blocked ear, feeling dizzy and nauseous. I’ve still got the blocked ear but I think I’m walking in a fairly straight line.

So instead of coming home last night and having a drink or two to mark the milestone I achieved at work yesterday I came home and went to bed.

I’m supposed to be going to a friend’s fundraiser tomorrow night and performing there doing something physical which I can’t imagine doing feeling the way I feel right now. So I hope I feel better tomorrow.

My contract at work is finished in five weeks and I don’t know if it will be extended so I’m probably a bit stressed about the work situation. Especially when my department is talking about cutting funding and therefore cutting jobs.

So I apply for another contract through an agency and now they’re giving me the cold shoulder so I can only presume there’s no chance with that one. Le sigh! I know a fade when I see one. So much for the agency working for me to help me find a job.

At least I have a holiday to look forward to so if I have to take all of July off then I won’t be too sad about that.

I’ll have lots of time to smell the roses. 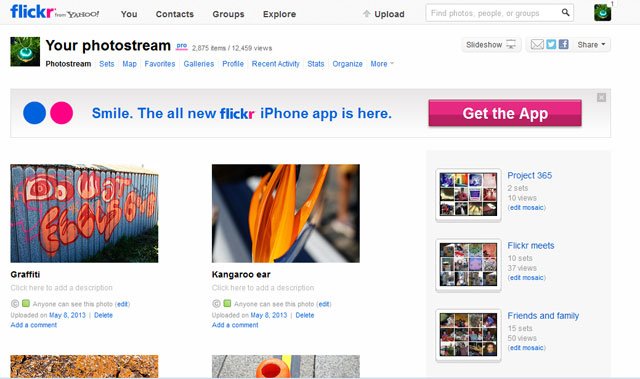 As usual with Twitter being a news source for me, I found out that Flickr had redesigned its Photostream look, and also changed the amount of upload you can get for free from 200Mb to 1Tb – which is a lot. I like the new layout too.

I’ve been a Flickr Pro user since March 2005 – it was one of my first social networks. There used to be a pretty good Flickr community in Adelaide which has now died down a lot. Either that or I’m just not in the loop anymore.

I got a bit confused as I wasn’t sure what these changes meant for existing Pro users and the website wasn’t that much help to me.

Pro users can keep renewing but it doesn’t say at what cost on the Help page. I’ve since found out it’s at the same annual cost of $24.95.Pro users still get unlimited upload and can still view stats for photos.

I can’t see that this option is available to new users at all so I wonder if the Pro options will one day be phased out? And I’m also wondering how many new Flickr users will want the $49.99 annual payment for an ad-free Flickr.

I’m undecided as to whether to keep renewing my Pro account, or just to move to a free account.

How about you? Do you think you’ll stay using Flickr Pro, or move to a free account? And what do you think of the changes?

And if you’re on Flickr and want to connect, please do. 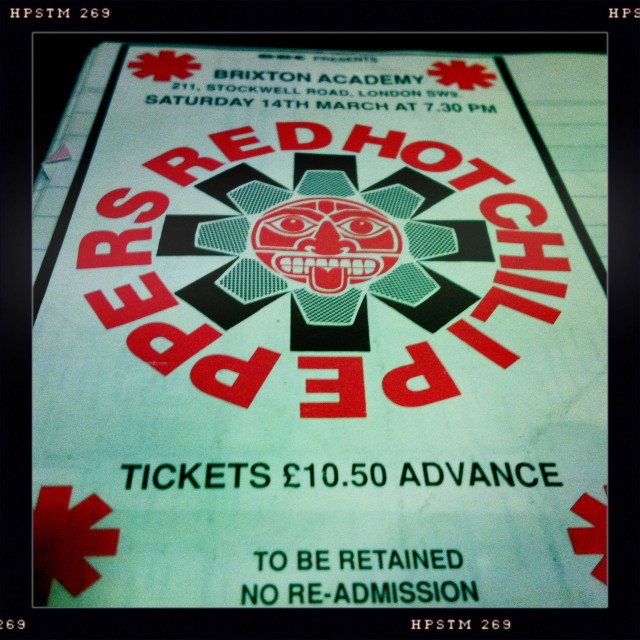 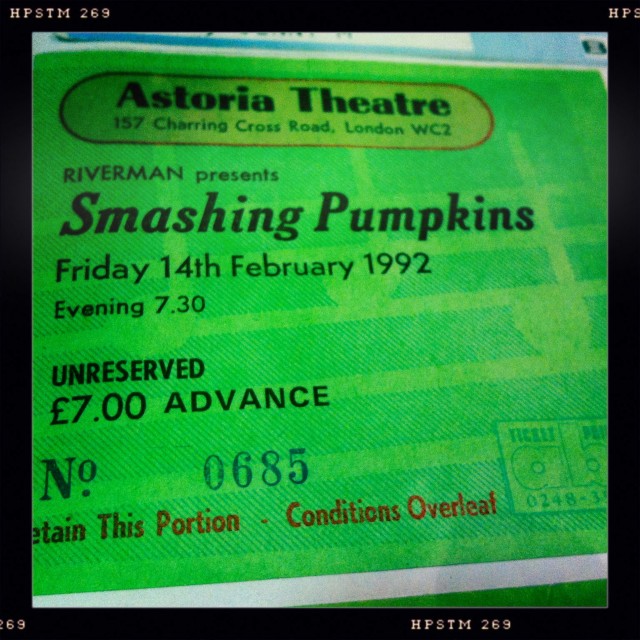 Last month I concentrated on taking photos with the theme of orange. Below are the results. I’d chosen orange with a view to taking lots of autumn leaf shots but only ended up with one decent photo to use.

I’m loving how this colour photo project is making me see things. I think any photography project makes you look at things a bit differently around you.

I wonder if I would have looked twice at the graffiti below if it wasn’t mostly orange?

I wonder if I would have seen that lone brick on the beach if it wasn’t mostly orange? Before I had a child I’m not really sure what I did with my time. I worked full-time but when I came home I didn’t really have that much to do unless I had plans for the evening. And of course it was easier to go out but I usually saved that for the weekend anyway.

I remember answering some questions for a phone survey and they asked if I did volunteer work and other questions around community work and I left that interview feeling quite slack because I didn’t really contribute to the community much at all.

I got a dog nearly two years before I had my son so I had to walk her and she occupied some more of my time.

Then I had a baby and my life completely changed as babies tend to do for you.

I look back at those childfree days and feel really very lazy and sometimes I miss them. Sometimes I would rather sleep in on a Saturday morning or lay in bed and read my book rather than get up and drive around town and watch my son play sport. Sometimes I’d like to make plans on a Friday night when my son has scouts and I have to drop him off and pick him up at certain times. But I’m not bored.

I remember a girlfriend telling me I’d never be bored once my child came along and she was right. Mind you, I have been bored in completely different ways. I got bored of changing nappies. I got bored of tantrums in public, and I’m talking about my son’s tantrums. I had mine in private. I got bored of staying at home when he was a baby before I went back to work. I was never a baby person. I couldn’t wait for him to start talking but now I’m bored of him talking so much. Well that’s not quite true. We do have a really good laugh sometimes. I’m much more into the age he is now than the baby age and that baby boredom has lifted – thank goodness. I like other people’s babies because I can hand them back and I know that I won’t be up at an ungodly hour feeding them.

And as well as the time that having a child takes up, and working nearly full-time I seem to be doing lots of other things that I never did before. I’ve developed an interest in photography and then sharing those photos on social networks. And there’s all the other online stuff that uses up my time. I go to pilates once a week. I’ve dabbled with salsa classes. I recently started singing lessons again so I’m doing some things for myself so that my whole life doesn’t revolve around my child. I’m conscious that he’s growing up really quickly and one day my time won’t revolve around him so much. I’m sure I will really miss that. And how can I be bored of this devil-child?