You are here: Home / Photography / Choosing my photo of the day

I wrote recently about having a good photographic eye but there’s a lot more to taking a photo that you’re happy with than having a good eye for composition, subject matter etc.

Some days for my photo a day project I’ll take one or two photos specifically to post for the day. Other days I’ll take heaps of photos and find it hard to choose which one is ‘it’ for the day.

This particular day I took 18 photos. To many people that’s probably not very many but when you’ve got a six month old puppy that’s not your own on a lead and daren’t let him go, it was a pretty good effort. Quite often I take photos when out walking my dog and it’s hard to take a shot when she’d rather be sniffing something over there thank you very much.

Below are eight photos from the 18 that I took with my eventual photo of the day choice.

This one, while it’s following the rule of thirds – ie one third is the sky, and the other two thirds are the ground – there’s not that much else going for it. 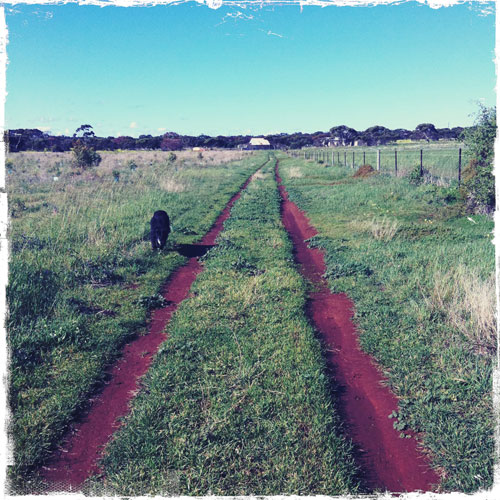 The photo below didn’t work out because there’s no real focus on anything. 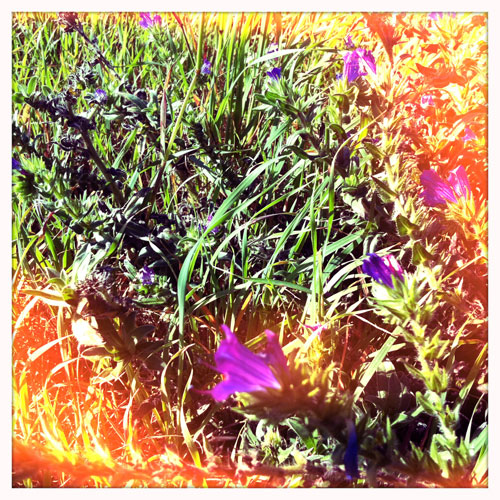 I do really like this one because of the subject matter and that look that he’s giving me but I didn’t go with this one for my photo of the day choice in the end. 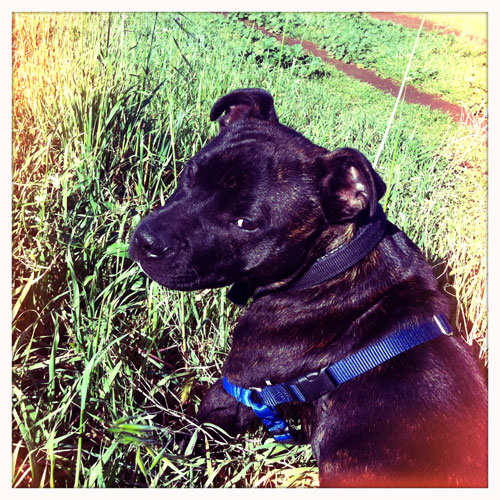 And I didn’t choose this one because I only really got the top of his head, so again, there’s no real focus on anything. 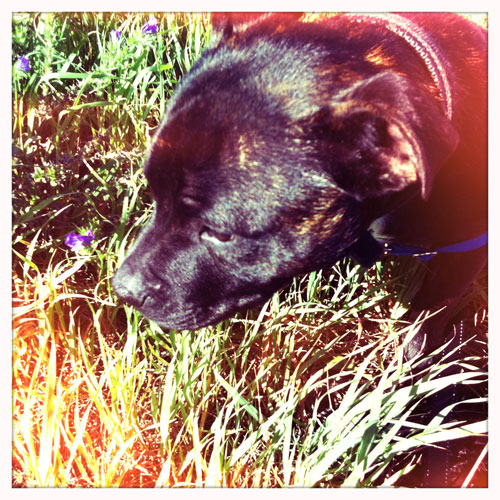 I shot this photo through a wire fence so it was hard to compose the photo how I would have liked and the lens on the Hipstamatic probably wasn’t the best choice. 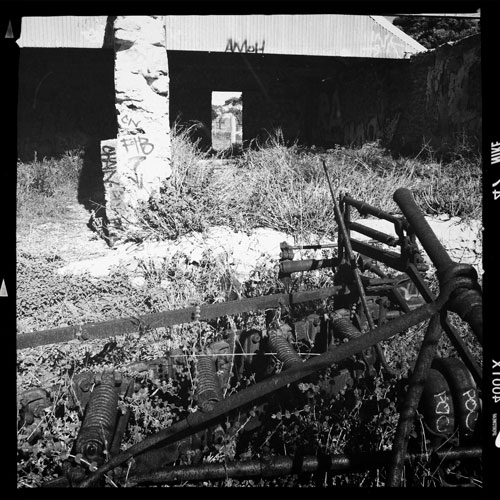 This one was okay, but it looks like the landscape’s on a lean so it didn’t make the cut. Soursobs are out in force this time of year and I do like the yellow. 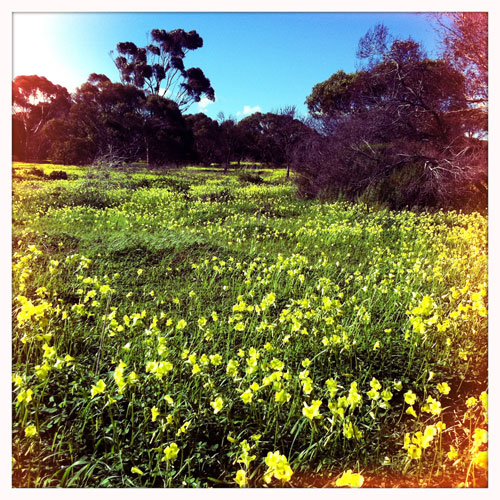 This would have been worth considering if Monty was a bit clearer. For a 14 or so year old dog she’s looking very jaunty and she had a great time on this walk running back and forth off the lead. Dog bliss! 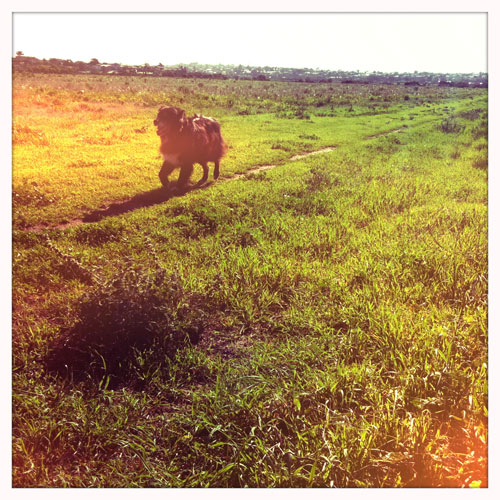 Below is the photo I chose. It was a toss-up between this one and the one where the pup is looking over his shoulder at me. I eventually went with this one because it seemed just that bit more interesting. There’s just enough of him in one corner to look at and I’m down at his level more so you can see that the grasses are that much taller than him. I liked the amount of blue sky too.

I’m sure it’s fairly subjective and another person might have picked another photo.