I’m not really into Mother’s Day even though I am a mother and I have a mother. I don’t like how there are a bunch of expectations placed upon us to buy stuff. It’s another one of those holidays along with Valentine’s Day and Father’s Day where we’re supposed to spend money and acknowledge that special person in our lives.

I also feel for those who’ve lost their mum, or have troubles becoming a mum – it can’t be a great day for them.

Frankly I’d like to be acknowledged as a mother and a lover/girlfriend every day, not just on the allocated days.

All of that aside, my son made a very special effort to show me his love this year.

Mid last week I mentioned that a friend was popping in after school on Friday and immediately JJ said that he’d like her to take him shopping so he could buy me a Mother’s Day present. I said you’ll have to ask her if it’s okay for her to do that so he rang, left a  message and then when she rang back went to speak to her privately in his bedroom to organise it.

They went shopping on Friday afternoon and he took his last $20 he had left from the recycling money he earns from taking 10c bottles and cans back to the recycling depot. (Of course I take him there to do that but he keeps the proceeds.)

As we were staying at The Surfer’s on Saturday night I reminded him to pack what he needed for Mother’s Day – not that he probably needed reminding. He did spend a while in his room wrapping the present like a pass the parcel present he told me.

Sunday morning came around and I got up and had breakfast with The Surfer and hadn’t yet seen JJ. Eventually he wished me a happy Mother’s Day and gave me my present which took a while to take the six or so layers of newspaper off.

I was very spoiled. This is what he bought me. 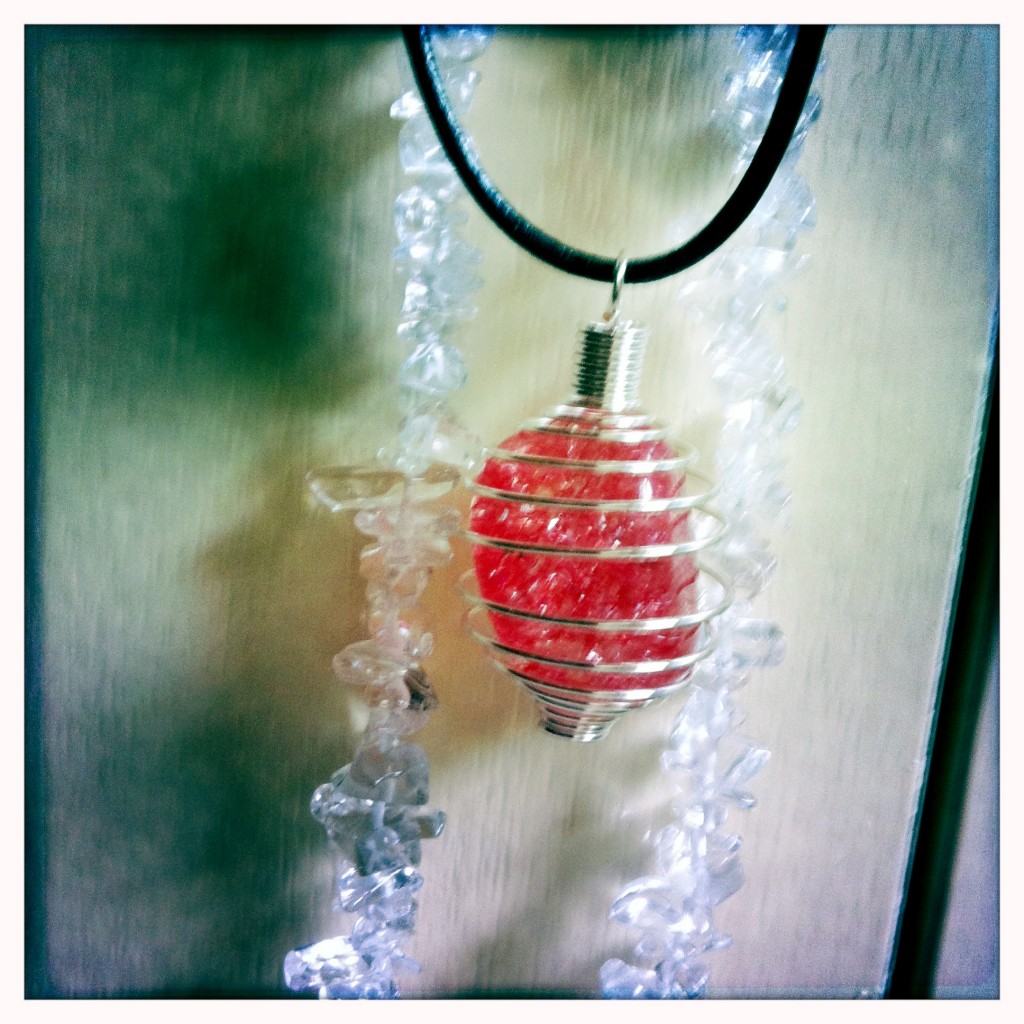 The pendant with the stone in the middle can have the stone replaced and I already have some to interchange that JJ has bought me previously. The quartz necklace also has a matching bracelet.

The shop where JJ bought these he absolutely loves because he’s right into crystals and one day wants to work in a crystal shop so he can be amongst them all the time. With some of his Christmas money instead of buying an electronic game or similar, he bought a lovely amethyst crystal.

I guess he knows that I have a weakness for jewellery so he’s fed that weakness. I would have been stoked with anything but the fact that he put so much thought into it just made me really proud.

However, he did forget the card that he made at school so I didn’t get that until Monday morning and I love the card too. 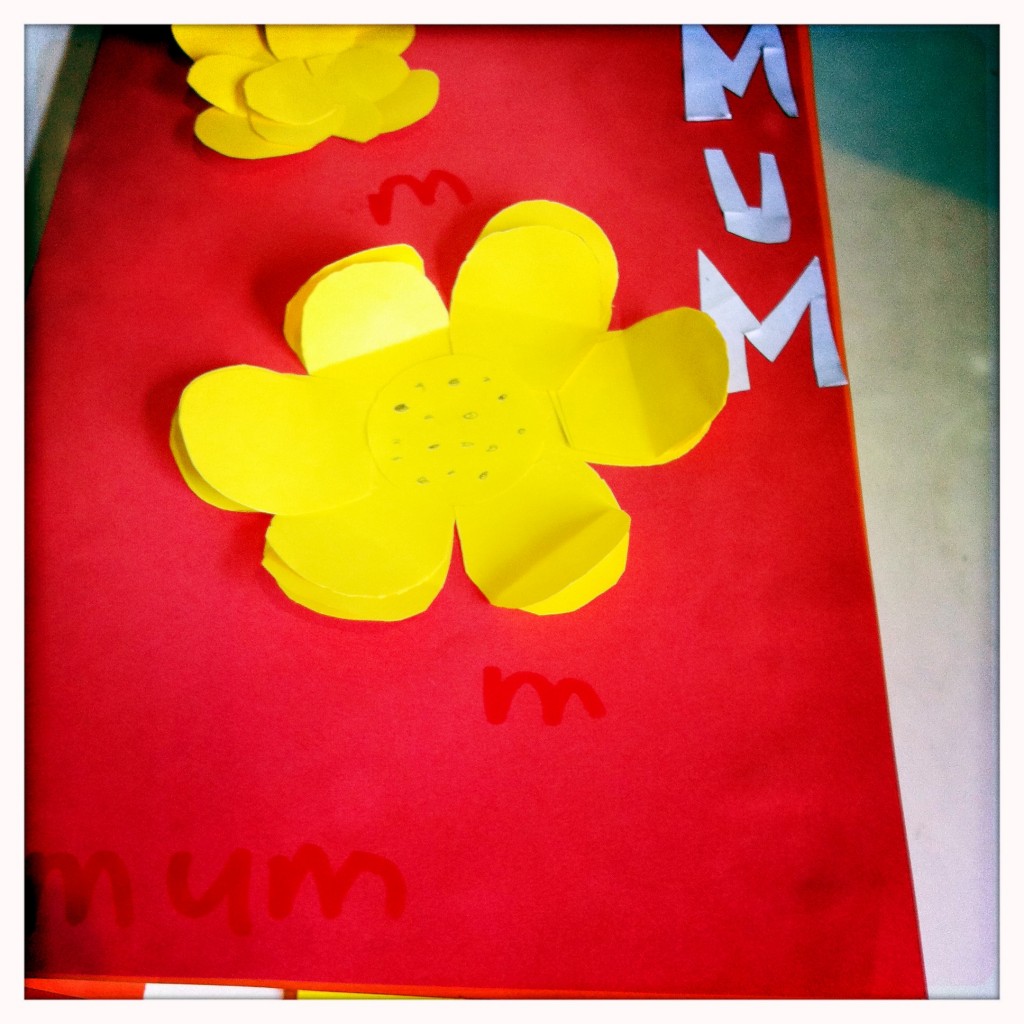 But the inside of the card is very special. It looks pretty, but … 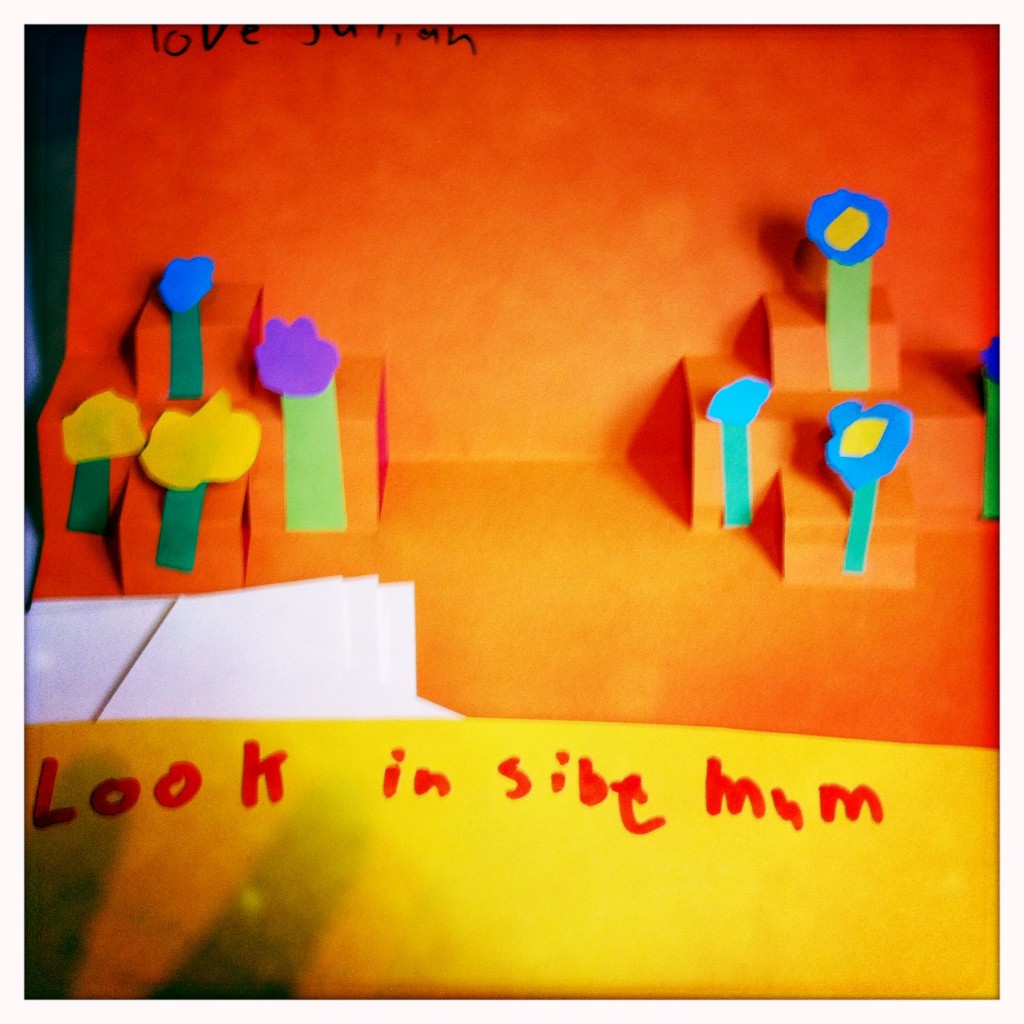 On the inside there are little cards that each have something written on them:

I know the teacher came up with the concept, but I LOVE the concept. This card is definitely to go in the keep pile.

I love you JJ – and not just on one day of the year – every day.