The other day saw me wearing a lovely green summer trench coat. This time I’m wearing one of my favourite clothing items – the cardigan. I love a cardigan – as I’m sure I’ve said here before. I love the colour of this one too. 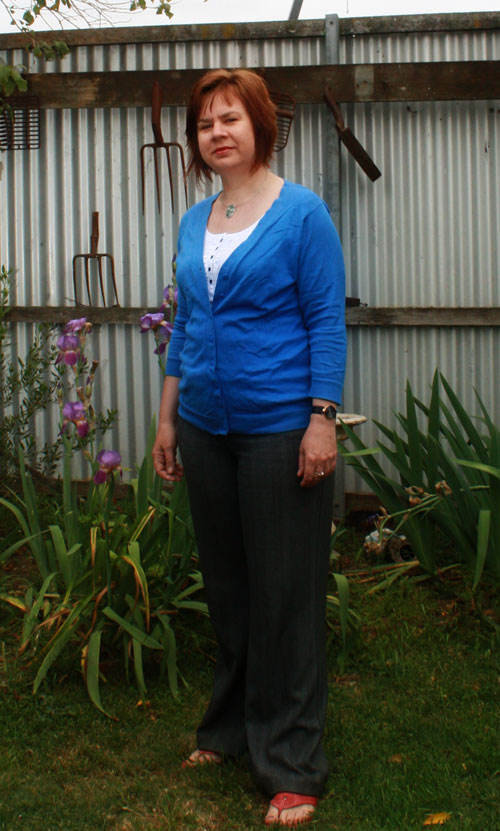 It’s the Capture 3/4 sleeve cotton cardigan in Bluebell accompanied by the Capture Ruffle Tank. The trousers are an op shop purchase but originally from Witchery.

Anyway I’m not going to keep these goodies all to myself. You have a chance of winning a $50 EziBuy voucher to spend at their website. All you have to do is leave a comment here saying what your essential summer style from the Wardrobe Challenge’s website is and how you would use an item from there to style with what you already have.  You also have the chance to win $1000. Creativeness will win out here so if you want to share photos of your unique style please do so and link back to this post and that will also count as an entry.

Anyway, the competition closes in just over two weeks, at midnight on Sunday 22 November and is open to Australian residents only.

Here’s another combination. This time wearing the Capture Ruffle Tank I’m wearing above. I’m also wearing a skirt I bought at the op-shop and the sandles are from the same op-shop. Last week it was a bit cool but this week has seen a heatwave settle in so no cardigans or trench jackets in sight. 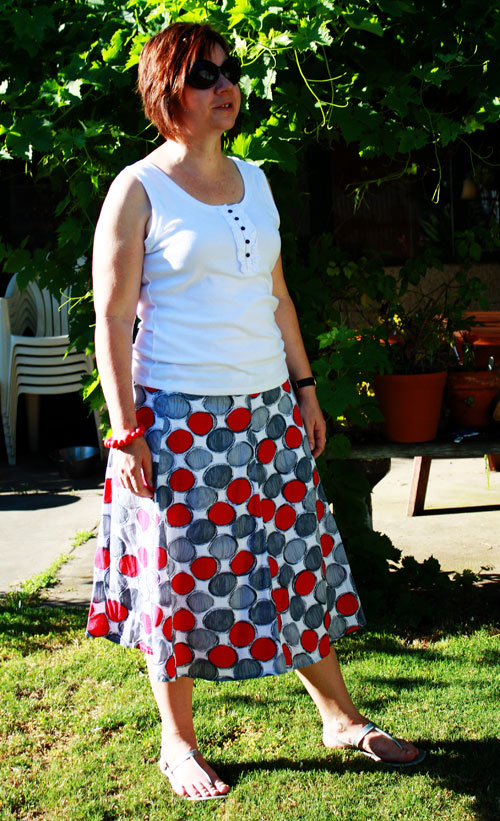 The heatwave was followed by cooler weather and some rain and it’s back to spring again. The dress below is an EziBuy Capture black goddess dress worn with a cardigan of mine. My son took a bunch of photos for me and he’s a natural people photographer getting me to work it for the camera. 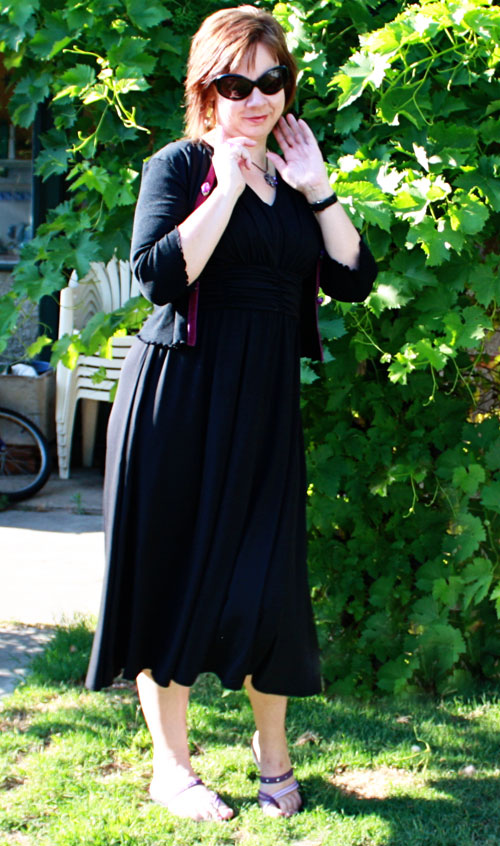