You are here: Home / Web/Tech / Adding power to Twitter

I’ve been using Twitter for more than a few months now and up until recently I’d never done anything to really enhance my use of it.

One of the things that used to annoy me about Twitter was that the links to images and webpages were always in a tiny.url form, or in a form that was so early web days (a ‘naked URL, not a link behind words) and didn’t mean anything.

It also shows images, rather than links to images which I just love because I’d rather see it all in the one application rather than have to open another application. To tell the truth, I usually didn’t click on image links and it took me ages to learn about this thing called Twitpic. Apparently it will show Flickr, Twitpic and Youtube links inline within Twitter. 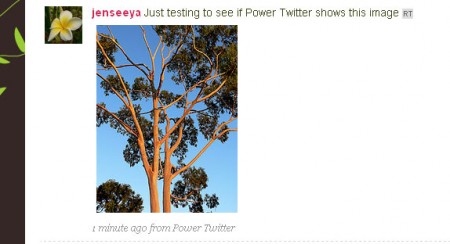 There is also an inbuilt Twitter search function. It doesn’t show trending topics like search.twitter.com does but you can search for anything you want. It’s very handy. 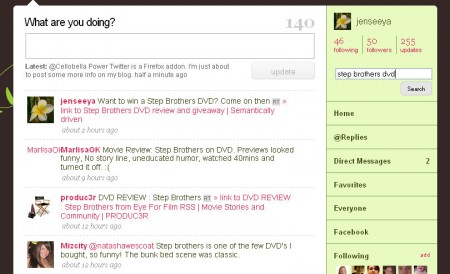 Another handy little feature (you can see why they called it Power Twitter) is hover over people’s avatars and it shows their latest status updates. 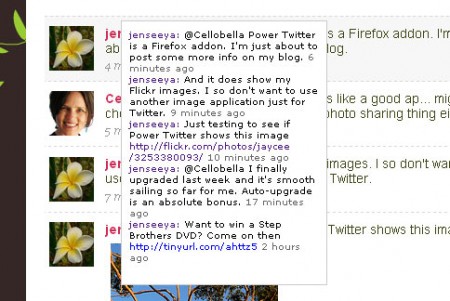 The only drawback – and it’s only a very small drawback – is that it takes that little bit longer to load. Twitter loads as normal, then Power Twitter kicks in. It doesn’t bother me at all.

« DVD review and giveaway
Documenting the build of Lego »