So far it’s looking good for the people who’ve entered to win the Sony Ericsson phone I’m giving away. You’ve got 24 hours left to do it, ie entries are due in at midnight tonight.

I’d like to thank the three people who’ve entered so far – see I told you there was a good chance:

If you haven’t entered it won’t take long I promise.

I saw a friend the other day who’s got a six month old baby. She (the friend) looked really happy, content and relaxed. She was at a lunch I was at and I thought there’s no way I would have done the same thing when JJ was six months old because he wouldn’t have sat contentedly in his pram or even out of the pram for very long. And because it was at lunch time he would have been tired.

It made me realise that when he was six months old I wasn’t that happy, content and relaxed. Far from it. I wish I could turn back time and not be so stressed about motherhood but I can’t now.

When JJ was very very young he cried a lot. The first night home from the hospital he cried nearly all night. I finally got to sleep around 5am and when I spoke to the midwife from the hospital the next morning I asked if I could send him back. I was half joking.

It didn’t get any easier for a while. We went to a friend’s place for dinner and he cried for ages. Feeding him didn’t help. I scoffed my dinner down while a friend held him and then I took over.

It seemed that it was like this all the time. He rarely went to sleep easily and feeding him every hour just didn’t help. It wasn’t until I was at my new parents group and saw a video of a baby who was overtired that the penny dropped and I realised that he just needed help getting to sleep and it was then I started letting him cry a bit longer when all other avenues of possible crying causes were exhausted.

Even when I got him going to sleep at night, the day sleeps took a lot longer. It stressed me out and in turn it probably stressed him out. I’ve noticed that when a mother is relaxed that babies seem to be more relaxed too. I wish I could have been more relaxed but it just wasn’t to be.

Part of this, or most of it, was probably to do with the fact I was doing it all on my own. When I visited other new mums I noticed that they got their husbands to fetch this and fetch that if they were feeding their baby. When I sat down to feed JJ I made sure I had water nearby, a towel to wipe up any vomit, the tv remote and any snacks I thought I might need because it was easier to do that than have to get up half way through. JJ wasn’t a light baby.

I know that being a new mum doesn’t suit everyone whether they’ve got support or not and maybe I would have still been stressed if his father was around.

Every stage of JJ’s life has brought its own challenges. I’ve often wondered whether I enjoyed the baby stage more because he couldn’t move around or the toddler stage where I couldn’t relax at an outing because I was always on the lookout for him but at least he would go to sleep and not cry as much.

He’s growing up now. The other night he sat at the dinner table as good as gold while a five year old kid we were with ran amok. I could almost read JJ’s mind when he was ‘saying’, ‘sit down will ya, and eat your dinner’. I wondered who’d stolen my boy and replaced him with this really well behaved one. Moments like this make my chest puff up and make me feel really proud of the job I’ve done and the job he’s doing.

Perhaps I’m just not a baby person and having an older kid is more my thing.

I really envied this friend the other day, but I also felt happy for her because she’s obviously enjoying being a new mum.

PS: on a completely different topic, have you entered the win a phone comp yet?

As many bloggers know, it’s hard to get any sort of traffic to your blog unless you have some streak of luck in a lot of cases.

Chuck Westbrook is trying to change that.

You too can join in his project of trying to get bloggers to read lesser-known blogs and you might find something you like along the way. Click on the link above to join in.

On the weekend I spent some time at a local Folk Festival joining my fellow ukulele players in belting out some tunes. It was quite hot and there was a north wind so it was dusty and there were flies. These were the conditions we played under when playing this song (see below).

We played two sets, one around lunch time and one in the early evening by which time the wind had dropped and it was a beautiful balmy evening.

It’s great fun to have a sing and a play on the uke and the beauty of playing in a big group is that if you don’t know the chords or the words there’s bound to be enough who do.

This song, however, was a bit different as there were six of us so we all needed to know what we were doing and I think we pulled it off quite well.

My grandfather used to be a professional photographer. Unfortunately he was considerably older than his wife, my Nana and died when I was only about three. I would have liked to learn some things from him.

I was digging through his collection recently and came across some photos which I thought I’d share with you.

This is some of the beautiful South Australian coastline. 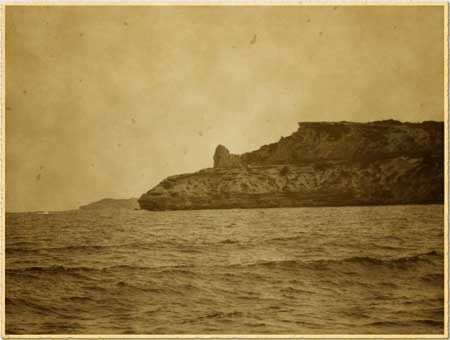 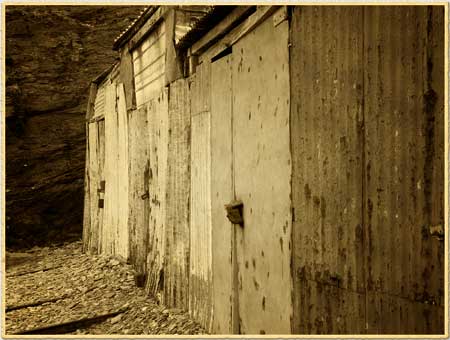 Two girls sitting on the beach. Not sure who they are. 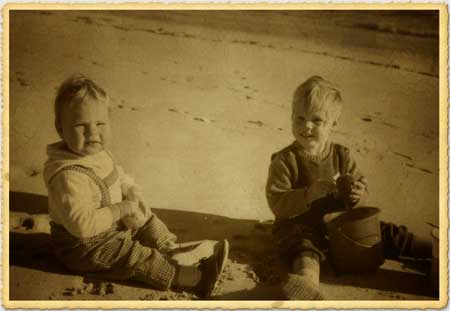 Do you know what? I’m no good at fibbing. I have to tell the truth. My grandfather did not take the above photos. I did, and used a Photoshop action to age them. I didn’t lie about him being a professional photographer though.

I got the actions from Smashing Magazine –The ultimate collection of useful Photoshop actions and the action I used was the Hand colored vintage photo by Jenny.

Below are the original photos. And these two girls are my sister and myself. 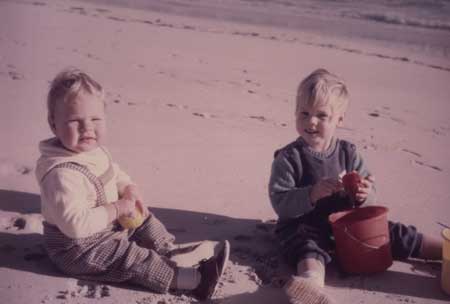 I can’t wait to try out some of the other actions,  but I love the vintage one I’ve used here. It’s so thorough.