You are here: Home / Journal / Where we welcome our newest family member – Phoenix 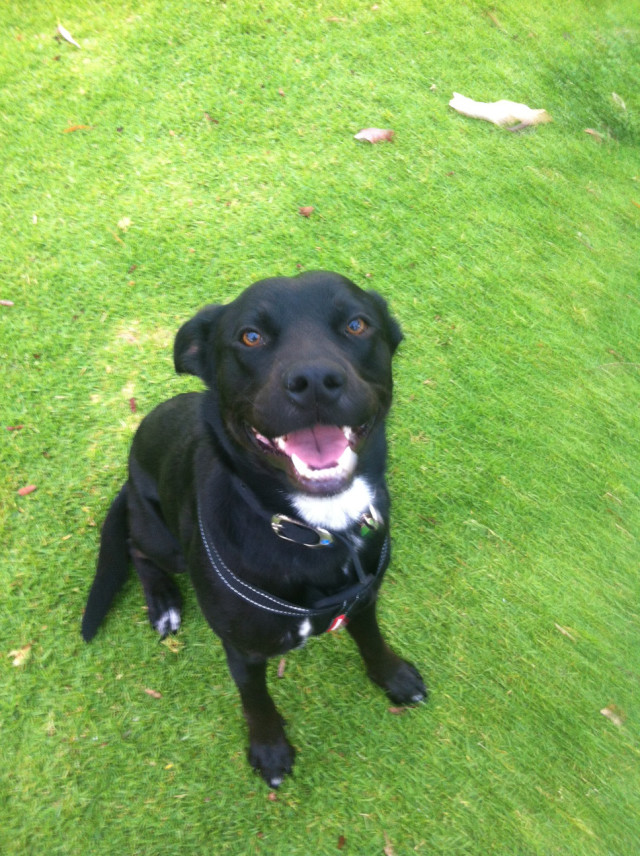 We’ve gone and done it. Adopted a dog that is. It’s seven months since I had to get Monty put down and we knew that we wanted to get another dog but didn’t want to rush into it.

I also knew I wanted to get a rescue dog. I will never buy a dog from a pet shop and I’m not a particular breed kind of gal, although I obviously like black dogs with a bit of white.

I enquired about a dog a couple of months ago but I never actually got to meet the dog. Not quite sure what happened there. Anyway, I registered with a couple of dog rescue websites and enquired about one. The reply said that he needed some more time in foster care before he was adopted out and I might like one of these two. One of them was our new dog – Phoenix. We renamed him a few days into the trial. Actually my son came up with the name. I wanted to call him Flynn but that wasn’t approved. I said for him to come up with a name I like so he did. 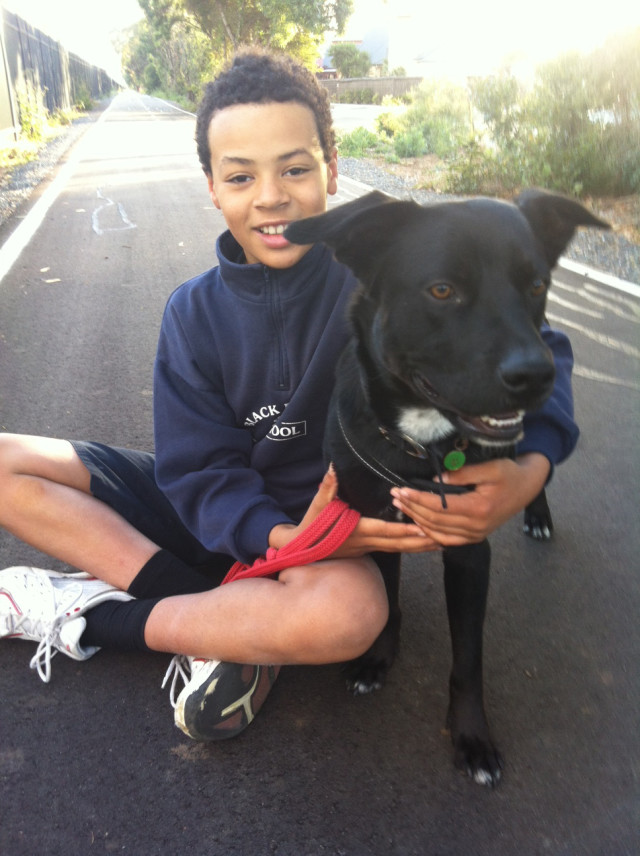 When he first arrived at our place we all went out to the backyard and he did a big shit near the back door. JJ sat on the trampoline, his foster mum was nearby and I knelt down and called him to me. He went straight to JJ and sat down near him. Good, they’ve bonded, I thought.

He wouldn’t come to me – he was very timid.

Despite the big poo and the timidness, we agreed to a two week trial. That’s how it works for the few dog rescue organisations I had my name with. If the trial doesn’t work out for whatever reason, the dog goes back into foster care.

Ours didn’t. We love him. One week in, JJ said that he was falling in love. And so was I.

Phoenix is ten months old but he doesn’t act it. He doesn’t chew up things he’s not supposed to. And so far he hasn’t dug any holes. It’s like he’s on his best behaviour so we keep on liking him.

He ended up in dog rescue because the family that originally had him apparently didn’t do anything with him so they surrendered him. So he hasn’t been mistreated at least. He was then in foster care for a few weeks before he was suggested to us.

The only thing is that he gets car sick. The day after we got him JJ started playing baseball. The car trip there was okay apart from the drool (the dog only drools in the car) but I had to head back home to get JJ’s hat. On the way back to baseball Phoenix threw up. I had to leave the vomit in the car covered by a sheet until we got home a couple of hours later.

He’s thrown up again in the car since then. Both times was an hour or two after breakfast so I’m hoping it’s something he will grow out of as he obviously gets anxious in the car. Luckily we haven’t had to do any really long trips yet and all the car rides we’ve had have had good things at the end of them, like walks.

Since we got him I’ve been getting up early to take him for a walk before I head to work. I haven’t really let him off lead at the oval yet because he needs a bit more socialising with other dogs. Although he has met The Surfer’s dog and they play and play and play and wear each other out.

Since we got him I feel happier. I don’t think I was unhappy before but even though having a dog makes my life that bit busier, I love the love he has for us. That makes me happy. And he makes my son happy too.

If you’re considering a rescue dog in Australia, there’s a few organisations where you can find them:

« Wrecked
Are you responsive? »