You are here: Home / Parenting / Committed This is me enjoying a moment away from my son’s commitments over the weekend. Actually this was taken just over a week ago – this is how long it’s taken me to get round to posting it.

Last Monday my son was asking me if he could go to a birthday party disco which was on last night. I answered that I wasn’t sure because I had something on whereupon he told me that I always did what I wanted and didn’t do anything for him.

I lost it at this point. What about Friday night baseball training, then scouts, then Saturday morning cricket, then a friend coming over for a sleepover, then baseball on Sunday morning? Hmm? And I don’t do anything for you? All I do is run around after you.

I walked out, slammed the door and got on the exercise bike and rode like the clappers I was so cross with him. 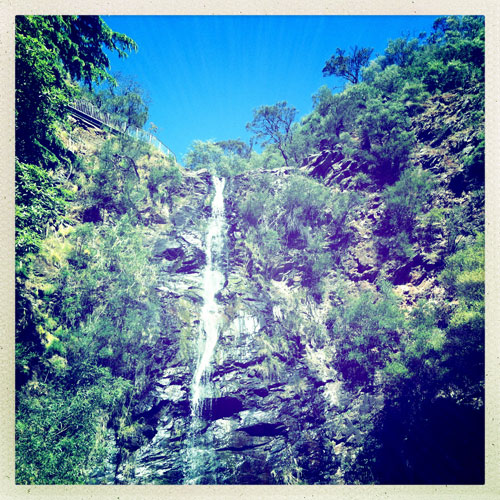 I tried to remember my hour of respite the day before – a peaceful waterfall. 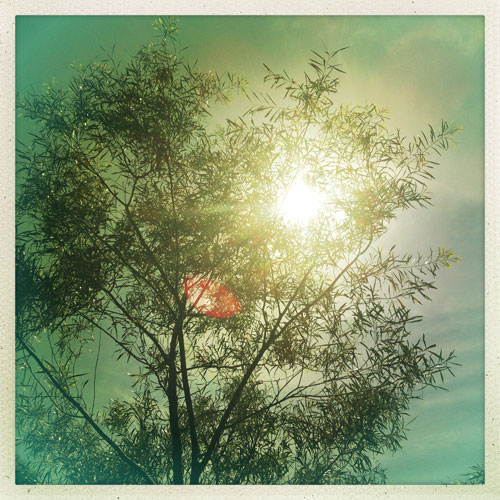 And the sun hiding behind a tree.

When he started playing baseball this season it clashed with the rest of the school cricket season in that he’d be playing cricket one morning and baseball the  next. So far he seems to be coping with it and not getting too tired or grumpy.

It also means that neither of us get a sleep-in or a morning where we can lounge around in our pajamas for a while with no commitments to speak of. At least baseball sometimes has a bit of a later game and we don’t have to be up too early. They haven’t won a game yet but they’ve improved heaps so if they keep it up I hope they’ll win at least one game for the season.

Oh, and I reshuffled my commitments around yesterday to try and fit in a bit of the school fete and he got to go to his disco where heaps of girls chased him around the hall. A sign of things to come?

And in the meantime I got an invite to a friend’s drinks so we ducked over to his place while JJ was at the disco. Win win.

« This flowering life
While out one lunch time »