You are here: Home / Parenting / Missing my son 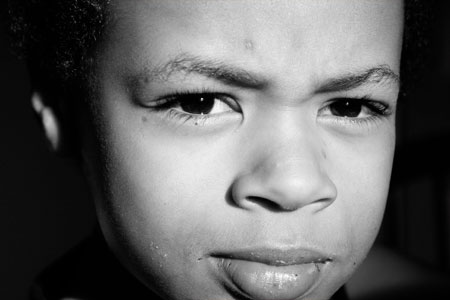 Just about whenever I go out for the evening I end up talking to whoever will listen about my son. I don’t go out that often without him and you’d think that one night off without all thought of him wouldn’t be that hard but it usually doesn’t happen.

Last night was no different. Let me be clear, I don’t talk about him if the person I’m talking to doesn’t know him but when I’m with friends I haven’t seen for a while, they usually ask how he’s going.

For instance, last night, some friends were there who have a swimming pool. JJ was around there a few weeks ago before I came back from my weekend away, for a swim. He left his thongs (flip flops) there. Apparently he was a good boy and quite entertaining. Yep, that’s him.

Although, let me just talk about a not so good night the other night. Actually there was a bit of build up. Last weekend he had this annoying habit of clinging onto me and hanging off me at the most inopportune times – like when we were queuing up for the toilets at Womadelaide. He’s not a two year old any more. He’s a five foot,  seven year old and weighs about 30kgs so having this heavyweight hanging off me is a bit dangerous for my knees, and bloody annoying. I’d ask him to stop and he wouldn’t, so the other night I got tough with him. Unfortunately we were out to dinner and while he wasn’t just hanging off me he was misbehaving in a public place and I wasn’t going to put up with it. Luckily the place was relatively empty and he spent a lot of the time sitting at a nearby table by himself. My dad ended up eating JJ’s icecream and there was less fuss about that than I thought but when I take food away from JJ he knows I mean business.

But then we were out again the next night and he was a really well behaved angel and has been great since, so the one night of public embarrassment was worth it.

I digress however. JJ over the last few months has grown up and I’ve loved seeing this change in him. Last year was awful at school for all concerned and he was suspended a couple of times and had no friends and generally felt sad and awful. This year, he’s finding his groove. He’s got a couple of good friends and we’re starting the playdate thing. He handles himself well and I’m proud of him for that, and grateful that he’s feeling a bit better about himself. 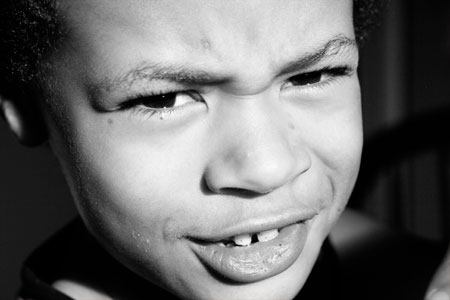 I think the fact that he’s playing soccer and wants to play football (the Australian Rules kind) this year will help him. He’s a very active kid and the team sport thing can only be good for him. As much as I dislike this sport and as much as I will dislike my early Saturday lost to getting up early and driving him around for games it will be worth it I think. I’d much rather sacrifice some sleep for a boy who has something to do instead of hanging at home nagging me to play Playstation.

He’s also started going to Scouts and he’s loving that. That will also be great for his self-esteem and good for some male role modelling – I’m hoping.

So when I go out, I often reflect back on how it’s been and how it is for us, and even though I love nights out with my friends, I love seeing my son again in the morning. Cutey pants. Oh, and can you notice one of his baby teeth hanging by a thread?